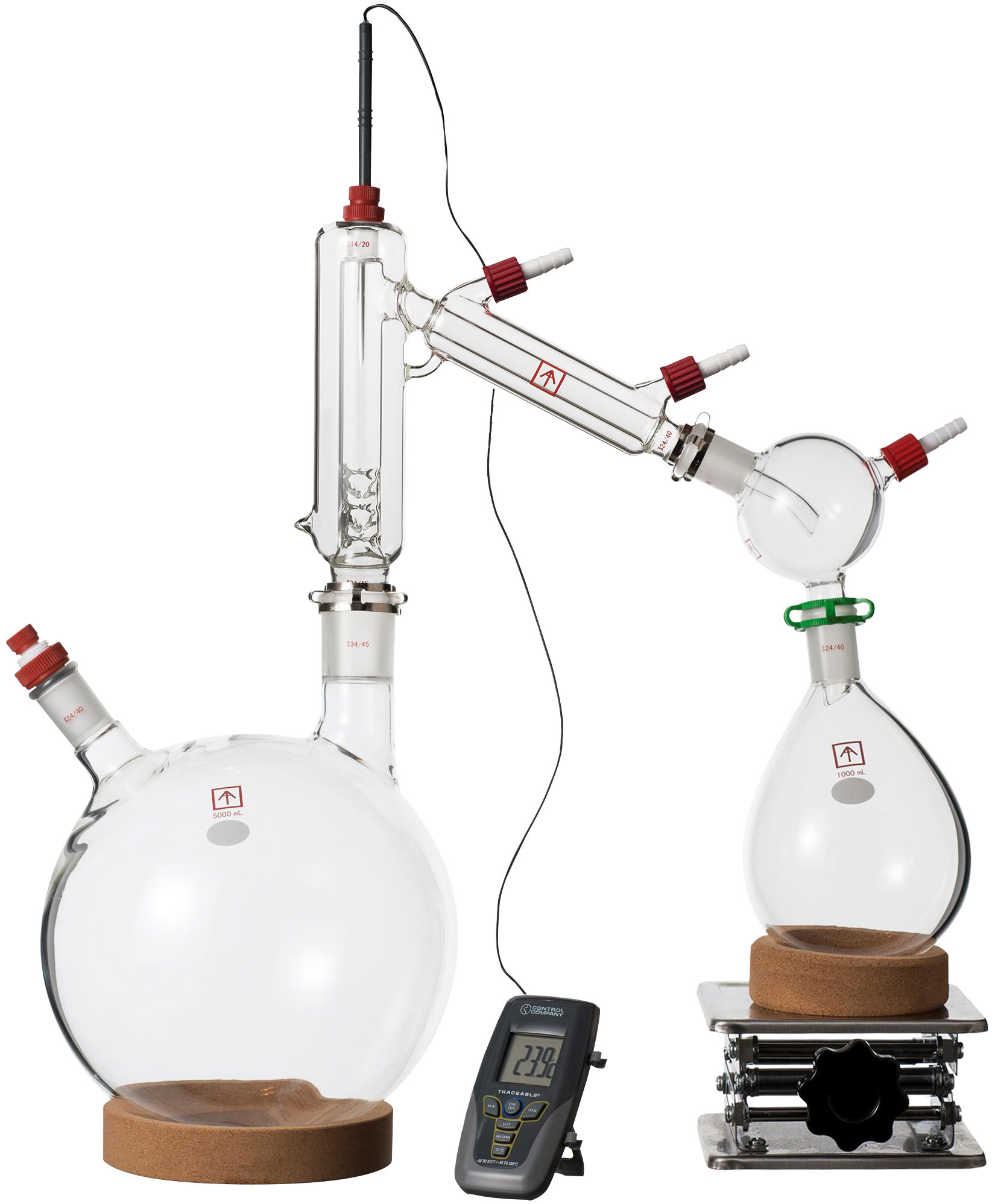 Across International short path distillation kits provide an effective and affordable solution for the separation and purification of various substances. By offering multiple sizes and configurations, we have created a line that is ideal for the processing of cannabis and hemp distillates.

The classic, boiling flask, short path distillation apparatus is most commonly manufactured in glass. One of the key features of these systems is that they provide great flexibility in configuration. Different sized flasks, various condensers, cold traps, and thermal probes can be utilized, allowing for greater versatility. Short path distillation kits are ideal for R&D processes, as well as industrial scale production of cannabis and hemp distillates.

An initial solution, crude oil for example, is filled into the boiling flask. Once the flask is at the desired fill volume, the system is closed and placed under vacuum. At this point stages of incremental heat will be applied to the boiling flask, and the fractional distillation process will begin. In the case of a crude cannabis oil, the first fraction will consist of any residual solvent or volatile terpenes, once all of these have boiled off and been recondensed, the heat will be raised, and the next fraction will occur. Certain substances such as azulene may distill off next, followed by what is often referred to as the “heads” fraction. Once this milky, hazy, mixture of compounds is cleared, the “main” fraction is next. The main fraction is the target substance for cannabis distillation and is where the clearest and highest purity oil is produced. After this, a fraction known as the tails is produced. Both the tails and heads fractions do contain target cannabinoids, but they are mixed in with various undesirable compounds, these fractions are often kept for re-distillation at a later date.

Short path distillation kits are comprised of various components, and it is important to ensure that you have everything needed. In addition to the glassware and the heated stirring mantel, vacuum pumps, cold traps, and heater/chillers are all essential for proper operation. For assistance with upgrades or new systems our team is here to help.

We have sales reps and service technicians ready to assist