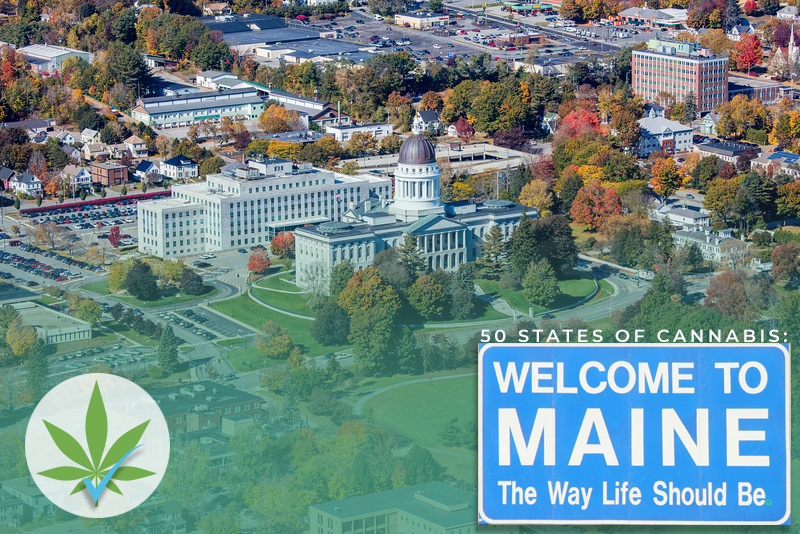 What are Maine’s cannabis laws?

A History of Tolerance

Cannabis wasn’t a big deal in Maine until 1913. That’s when a lot of states across the country began curtailing usage. A federal ban didn’t come until 1937. This still allowed medical use but seriously curtailed the recreational kind.

In 1970, the federal government placed cannabis under the Controlled Substances Act. It was classified as a schedule I narcotic, many say erroneously. This designation indicates the plant as one of the most dangerous substances known to humans, and without any medical benefit. Recently uncovered documents find that President Richard Nixon had cannabis placed at this classification, not for any scientific reason, but to punish young radicals and others who voted against him in the previous election.

What’s interesting is, Maine didn’t remain obstinate like other states. It softened its approach, way before it was popular to do so. In 1976, the Pine Tree State decided to decriminalize possession of small amounts. Few other states were bold enough to do so. Maine was also among the first to adopt a medical cannabis program, back in 1999. This was just three years after California’s Compassionate Use Act, the first medical cannabis law in the country.

Maine’s medical law allowed patients who are seriously and chronically ill access to the plant. Patients were and are allowed to grow their own and use it to help alleviate symptoms associated with their condition. Qualifying conditions included cancer, glaucoma, chronic pain, extreme and persistent nausea, and HIV/AIDS.

In 2009, the state expanded its program via a voter referendum called Question 5. This allowed for the cultivation, distribution, and dispensation of medical cannabis to patients on a retail basis. Democratic Governor John Baldacci established a task force to see what the best way was to set up such a program.

After receiving their input, the state opened the first eight dispensaries in 2010, each serving one of the state’s eight districts. This law allowed those patients with a medical card to possess up to 2.5 ounces at any given time. Patients or primary caregivers could also cultivate up to six plants on their own property.

In December 2018, the state’s medical program was further expanded. This reform allowed municipalities to say whether they would allow cannabis-based businesses within their communities. It also put into place protections for patients. Today, medical patients cannot be arrested or prosecuted for medical usage. It also made medical products safer, as it allows authorities to inspect cultivators and providers without notice.

Safety, testing, and compliance regulations were updated. Now, seed-to-sale tracking is mandatory. Products must be properly labeled in terms of contents and dosage, and on-site bookkeeping and security regulations are more stringent. Lab verification of label information is also required.

The reform also eliminated qualifying conditions. Now, if a doctor decides cannabis is right for a patient, he or she can just prescribe it. What’s more, a medical card is no longer required if the patient is over age 21. The reform law also increased protections for patients. They may not be denied any privileges from schools, landlords, or employers for being such a patient.

A voter referendum in 2016 saw the approval of Question 1, legalizing recreational cannabis in the state, and allowing for retail sale and taxation. The law also allowed municipalities to decide whether they wanted recreational cannabis-based businesses within their boundaries. Lawmakers had trouble implementing the program, however. On January 2017, the legislature put a moratorium on implementation until the rules and regulations were worked out.

A special legislative committee was formed to address the unresolved issues. Ever since then, Maine has struggled to put into place a regulatory structure. The state had a bid to hire a consultant to help shape the program. They hired one Los Angeles consultant after a bidding process but rescinded the hire. He was going to help focus on rules for sales and packaging.

No recreational dispensaries are open, currently. Legislators are hoping to get the rules sorted out, so they can have recreational shops open by this year’s summer vacation season. Some say that’s unlikely. Currently, the law allows adults age 21 and over to possess up to 2.5 ounces, which can be used on their property, such as at home, or in licensed social clubs–which are not yet established.

With more operations poised to take root in Maine, Ai Vacuum is there to offer the highest-quality post-processing equipment and the best customer support. This is the premier post-harvest equipment provider in the industry. Processors interested in rotary evaporators, glass jacketed reactors, vacuum ovens, short path distillation kits, and more, should feel free to contact us.

Our sales representative for Maine, Patricia Miguel, can be reached at 1-888-988-0899 ext. 116. Or email her at pat@acrossinternational.com