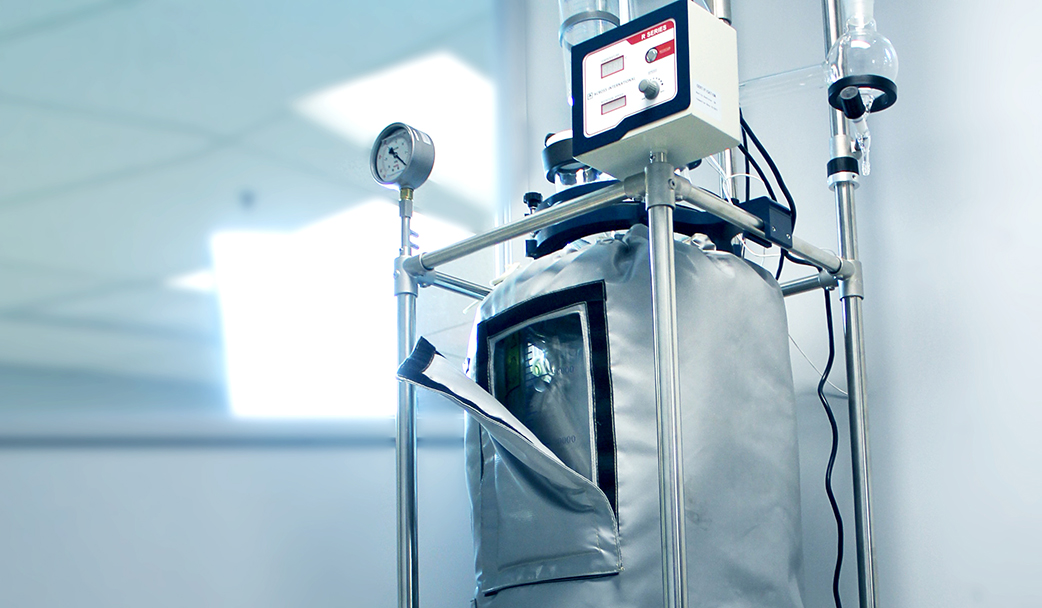 Pesticide Remediation is Best Done through a Glass Reactor 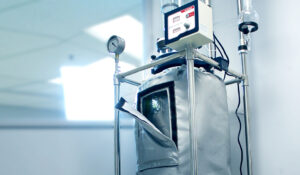 One of the dilemmas growers face is how to handle the pesticide situation. Growing cannabis is incredibly difficult without it. The plant is prone to spider mites, mold, mildew, bacteria, and other pests, which, if not handled correctly, can ruin your product. Cannabis can be grown organically. But it takes a lot of time and a tremendous amount of discipline. Some processors, operating in less regulated markets, spray indiscriminately. But they risk their customers’ health and their own reputation.

With most crops, the federal government investigates and approves pesticides at specific usage levels. Since cannabis remains illegal federally, no such oversight is in place. As a result, states are stepping into the breach. Many are adopting standards recently put out by the American Herbal Products Association (AHPA). Another body, the Foundation of Cannabis Unified Standards (FOCUS), is developing a set of international guidelines.

States, where it’s legal, are now testing product before it’s allowed to be sold at market. Flower or extracts that fail to meet state standards are either thrown out or somehow get diverted to the black market. To be sure, pesticide free, organically grown cannabis garners a premium for a certain segment of consumers, but not all.

A Lack of Testing

Due to the difficulty of testing and the lack of standards, not to mention the high demand for cannabis, the majority of that which is sold in the US contains pesticides, residual solvents, and herbicides. In 2016, Berkeley-based Steep Hill Labs detected pesticides in 84% of the medical cannabis samples they tested, each from a Californian dispensary. Edibles were among the most dangerous. When Oregon first went legal, few grow-ops could meet the state’s rigid standards. High pesticide levels have been found in samples from Colorado and Washington State, too.

Today, only around 7% of the cannabis consumed in the country is tested. Since the trend bends towards legalization, it’s assumed that sooner or later, all these holes will be filled. As a result, soil to oil growers and processors should look closely at pesticide remediation. While current extraction techniques using supercritical fluids or hydrocarbon solvents help, they don’t offer the 90%+ purity desired. A secondary step is required.

There are several methods of pesticide remediation. Currently, flash column chromatography is the most popular. This has been used for decades in the pharmaceutical and chemical industries. Though reliable, is it the most effective strategy? Chris Beaver is a processor consultant specializing in startups. He consults with Ai Vacuum, a company specializing in botanical refinement equipment. He also owns a processing operation and is a partner in two others. During a phone interview recently, he told me, “I do everything besides CO2 extractions.”

According to Beaver, a superior method is to run cannabis crude oil through a glass reactor. “Half the time, we don’t even have to go through the chromatography column,” he said. “I use the reactor to pull any water-soluble pesticides that would otherwise be in the product.” 90% of the pesticides used are water soluble. This includes myclobutanil, a popular fungicide known commercially as Eagle 20. When ignited, myclobutanil turns into cyanide gas, making its presence potentially deadly.

Besides speeding up the process and removing the majority of the pesticides and other chemicals, using a reactor also results in perfectly clear distillate. There’s another reason. “I don’t take a loss like I do in the chromatography column.” He went on, “I’m just doing a water-soluble, liquid-to-liquid extraction in the reactor.

“You mix a solvent and the (cannabis) oil together, and the oil will not go into the water. But water-soluble chemicals, the bad stuff, will precipitate out. Terpenes will precipitate out, certain pesticides, and a whole bunch of other chemicals too. I use a 100-liter glass reactor. I’ll put in about five liters of crude (cannabis oil) and about 10-liters of solvent, pentane up to hexane, whichever the temperature inside your room will allow for. Then I’ll pour in about 85-liters of water.

“Next you mix it for as fast as you can for about a minute, and then you let it settle. Once it settles, the bottom layer will be cloudy. It generally looks pink or red. We call it pink lemonade or fruit punch. If you’ve ever heard of the pink lemonade fraction, that’s what it is. You pull it out in the water. And then you drain it out of the bottom. On the top layer you’re going to have hexane, which is what I use and your (cannabis) oil.

“When you drain it out of the bottom, you’ll get down to that amount and as soon as you see it get down to that (oil/solvent layer), you cap it and fill it back up with water. You’re going to do that about five to seven times. After that, you’ll see that you won’t really be pulling anything into the water anymore. These washes can be done at either a neutral pH or you can jump around too, depending on what chemical you have in your solution. You may have to go higher to pull certain pesticides out or you have to go lower.

“Generally, we don’t go over a pH of 10, because THC becomes water soluble over that. You can pull the THC out with the water at that point. We’ll continue to drain it, and once done, we’ll pass it one time through a chromatography column.”

Beaver warned, “You’re going to want to make sure that you pH everything. Having the pH off in this will lead to isomerization in your boiling flask when you go to distill it. It’ll also lead to color changes. That’s how people are getting purples and pinks. If you want that, this is how you do it. It’s just a different pH. Half the time people are like, ‘Oh, look at this purple I just made.’ Really, they messed up and they don’t know what they’re doing.

“Take it back to a pH of 6.9 or 7.2 and you can have perfectly clear distillate every time. This process really allows you to adjust it and that’s what you’re going to have to watch. You can buy a very expensive pH meter, about $4,500. Or you need to buy a ton of those little strips and go through them constantly.

“Another thing you have to have is a salination and a desalination station in your work area. You’re going to be making saline solution. And you’ll need to be able to get rid of it. So, you’ll need something to boil it off or something. I know in California you can have a sand pit because technically the sand will pull the salt out. Because you’re making salt water. At this amount, you’ll be going through hundreds of gallons. I go through hundreds of gallons per day. That takes a lot of resources.”