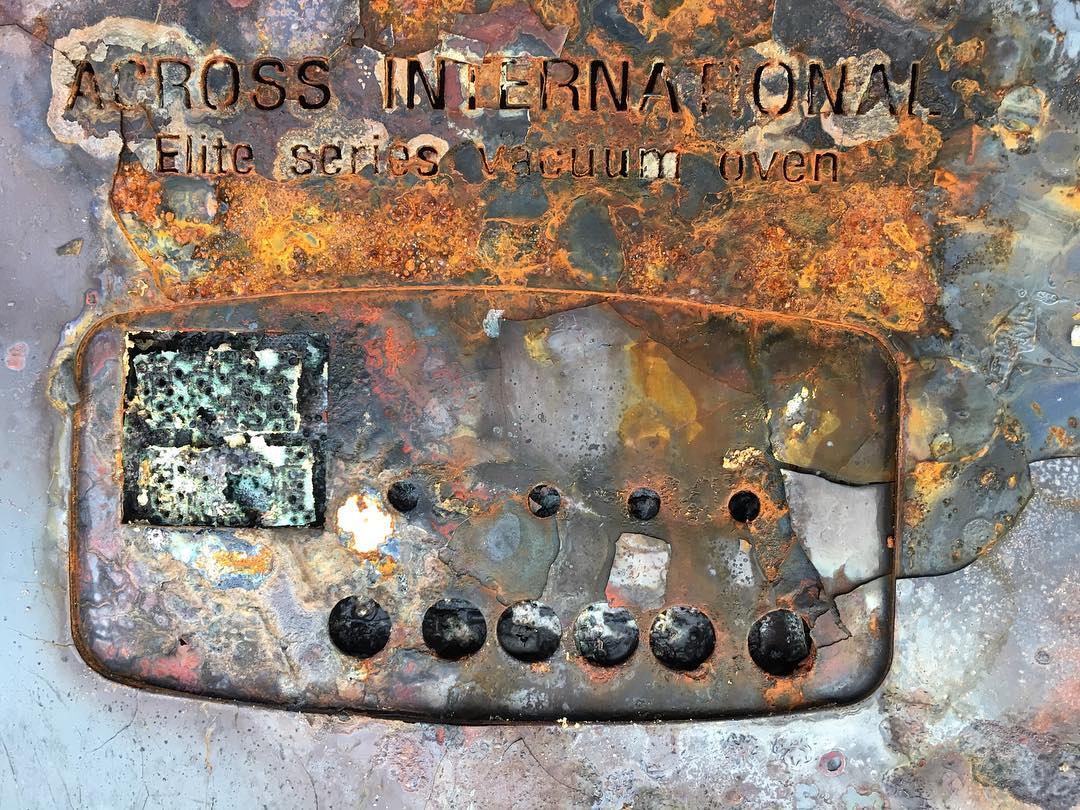 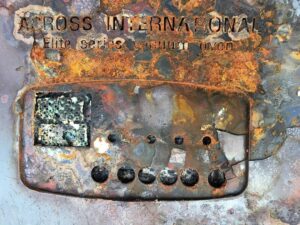 Rob Thulin is a soil-to-oil operator who was working on his farm, in rural Butte County, California, when the worst wildfire the state had ever seen, the Camp Fire, struck. Rob had been a professional farmer for many years. He operated a medical garden that served 40 patients. Lately, he’d been focusing on CBD-laden plants.

His farm served a number of seriously ill patients, such as his father-in-law who has mouth cancer and a friend who just recently passed away from leukemia. Rob first realized he was in the path of the dreaded fire the moment after it started. Below is an account of what he endured. The Ai Vacuum family was so moved by his story, we had to help.

In a recent interview for this blog post, we asked what his experience was like. “Oh, man. It was almost indescribable,” he said. “It was scary and surreal and apocalyptic all at the same time. I have a video that went viral on Facebook. It had 9,000 views or something. Me driving through it (the wildfire).

“I was outside at 6:30 in the morning because I’m an early riser and I just happened to see smoke on the other side of the ridge. The winds were whipping that morning and I’m like, that’s directly to the East. Right where the wind was coming from was where I saw the smoke rising over the ridge, about a mile East of me. That’s when it just started.

“I went inside and came back out again, it was already over the ridge. You could see embers flying through the air. That’s when I was like, “Holy—” I went to go check on my neighbors that I knew were there because I live way out in the middle of nowhere. They were just getting up and couldn’t believe it either. They were hopping in their car and leaving, so I went back into my house.

“I headed toward the paved road. There’s only one way out. There was fire on both sides and the trees above me. I was blocked in. There were people and cars everywhere. It was insane. I watched a person burn up and die in a car. I had to smash through cars that were burning in the middle of the road to get out. I saw a lot of gnarliness that no one ever needs to see. I had to turn around and go back to where I started from. Then I saw a car accident. A car got hit right in front of me.

“I had to save these people who were just standing there, figuring they were going to die in the middle of the road. Their car was messed up. He (the driver) shattered his arm. It looked like he had two elbows. I got him to a car that was heading down and then I went back into the fire because I remembered that there was an old man in this one spot. So I went to go check on him.

“He was just sitting there. He didn’t want to take anything with him except for his cat. He had a brand new truck–a long bed and he didn’t put one thing in it. Not one thing. Guy lived there 40 years. I told him he needed to leave. He was on oxygen and stuff. I got him into his truck. Then we got ahead of the fire and went to this one spot and he stopped. The old man didn’t want to drive anymore. I was following him, making sure he got out. He pulled over in that spot and I parked right next to him.

“We sat there until the fire was like a football field away from us. We watched two houses go up and then I was like, ‘Okay, let’s get out of here.’ I know fire is normality around here. I’ve been living here a long time, and it happens everywhere. This was not like anything I’ve ever seen. That old man is safe now, with his daughter all the way out in Missouri.”

Where is Rob Now?

He didn’t have insurance. While he’s now staying in a little house his wife owns in town, everything he had at the farm is gone, his farmhouse, barn, tractor, his lab, everything burned up without a trace. This and his heroism moved the Ai family so much, we felt the need to step in. 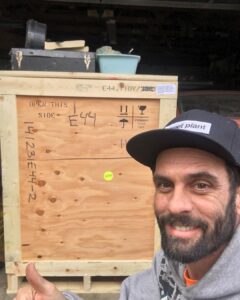 Rob and his new vacuum oven from Ai Vacuum.

“I was so blown away when you guys (Ai Vacuum) decided to send me a vacuum oven and pump, to help me get back on my feet. I can’t even believe it! Every time I go into my garage and I see the box…there are no words to describe it. People are actually good in this world. I love it!”

Rob says he may have to wait a year or even two before he’s allowed back on his land. What will he do until then? He has a friend that’ll let him use his closed loop setup. With that and the oven and pump, he can start earning some income and get back on track.

The Ai Family is proud to have helped this hero. If you feel as moved as us, visit Rob’s GoFundMe page.