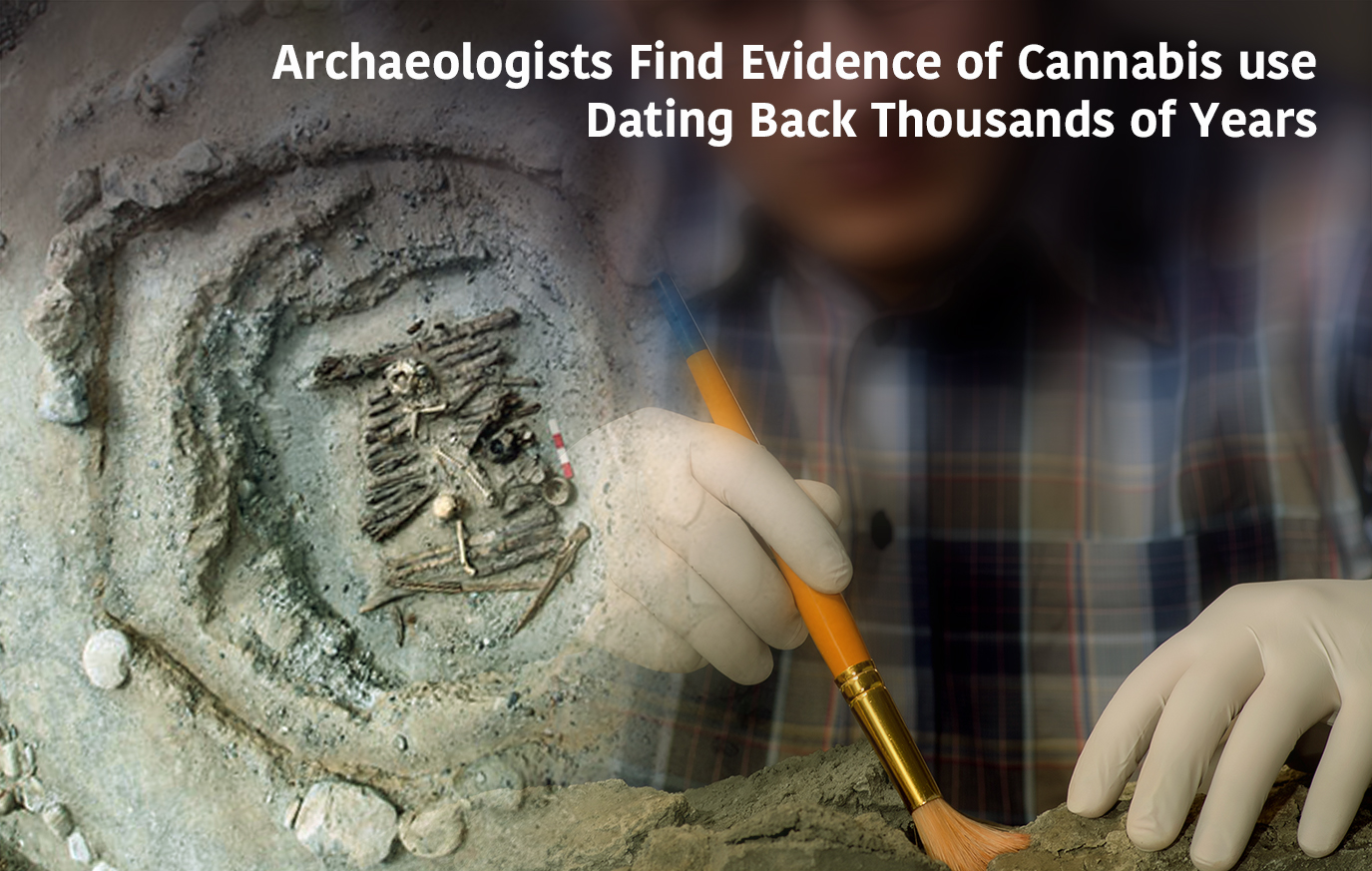 Archaeologists Find Evidence of Cannabis use Dating Back Millennia 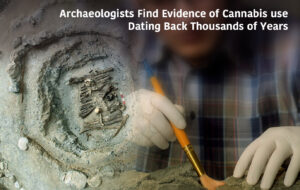 When did humans begin consuming cannabis for it’s mind-altering effects?

When did Humans First Consume Cannabis?

Archaeologists have a longstanding debate on when cannabis consumption, for its psychotropic effects, first began. Researchers have been digging in Eurasia, an area stretching from Western China to Eastern Europe. According to a pollen study published last May, the plant first developed on the eastern Tibetan plateau 28 million years ago and quickly spread across the region.

6,000 years ago, there’s evidence of hemp being cultivated for clothing, rope, paper, oil, and as a food staple. Then, 4,000 years ago, widespread cultivation began. For archeologists, it’s been hard to nail down exactly when cannabis was first used for its psychoactive properties. Ancient Greek historian Herotodus, in the 5th century, mentions the inhalation of burning cannabis by a group of nomadic central Asians called the Scythians. Yet, no discovered evidence backs this up.

While burnt cannabis plants and seeds have been found dating back 5,000 years, no evidence has shown that it was purposely inhaled. And even if it was, wild cannabis from that time had a much lower THC content than the modern, cultivated variety, not enough to induce a mind-altering effect. Now, archaeologists have made a breakthrough.

In a study published in the journal Science Advances, a team of international archeologists excavated an ancient graveyard site known as Jirzankal cemetery. This is located almost ten thousand feet (3,000 meters) up in the Pamir Mountains of far Western China. Both elites and commoners were buried here. It was at this site where scholars found with evidence of the consumption of cannabis high in THC. This led team members to believe the plant was bred specifically for potency.

Researchers say the site was where a group called the Sogdians held funerary rites. These ancient people lived in Western China and Tajikistan. They subscribed to the Persian religion of Zoroastrianism. Besides skeletons, archeologists found wooden bowls and plates, Chinese harps, and wooden braziers which held rocks. These rocks were heated for burning material. There were also glass beads from Western Asia and silk from China. This fits with the idea that the Sogdians were long-distance traders.

Radiocarbon dating puts the date of these burials at 500 BCE. While braziers were found throughout the site, they were more heavily concentrated among the elite gravesites. Using new techniques for analysis, namely gas chromatography and mass spectrometry, the researchers were able to learn what material was being burned. Not only were they burning cannabis, but it was a kind particularly high THC. In fact, the THC content was much higher than in the varieties found growing wildly throughout the countryside, even today.

Communing with the Dead?

Ancient Zoroastrians, Tibetan Buddhists, and other religious orders have been known to use cannabis in their rituals. In the East, it was often drunk in a concoction known as bhang. This was far later than what occurred at this particular archaeological site. Since the braziers were in an enclosed area and there were many of them, archeologists believe the amount of smoke that filled the chamber would have had a psychotropic effect on funeral attendees. As such, this is the oldest proven case of cannabis inhalation for its psychotropic effects.

So why would the Sogdians do this as part of their funerary rites? One theory is that it helped the deceased cross over. Another is it allowed the living to commune with the dead. There may have been a more practical reason too, to cover up the stench of a decomposing body.

Although originally the realm of elites, scholars think soon after it’s discovery as a mind-altering substance, cannabis became a commodity traded along the silk road. There are even artworks that hint at its use from ancient China and Syria. While recreational or religious uses may have occurred earlier, archaeologists now have evidence and so a benchmark to work from. What’s more, such a discovery could legitimize medical and even recreational use today, since cannabis has been part of the human experience for millennia.

Today, countries all over the world are rethinking their stance on cannabis. In the US, 33 states allow medical cannabis and 11 states the recreational variety. As cannabis continues to become normalized, Ai Vacuum will be there to cater to and support the extraction industry with high-quality, post-processing equipment, and the best customer support. What does Ai Vacuum carry?

If you have an urge to purge, take a look at our AccuTemp vacuum ovens. This award-winning line is ubiquitous throughout the industry. Our 7.5 cu ft model will give you all the room you need for making shatter or isolate. What makes our ovens better than the rest? One reason is five-sided heating technology. This offers unparalleled temperature uniformity and precise control. Our ovens heat up rapidly and even provide higher ultimate vacuum, held 10 times longer than the industry standard. Internal, stainless-steel tubing is the secret. This and all of our AccuTemps come UL/CSA certified.

If you’re looking to perform solvent reclamation, one of our rotary evaporators is what you need. Consider our 10-liter model. It’s reliable, sturdy, precise, and efficient. The motor and worm gear are specially designed for quiet, consistent, vibration-free rotation at speeds of 100 to 180 rpm. What’s more, its digital water bath goes from ambient temperature to 99°C (210°F). The bath has a PID controller that’s so precise, it steps up the temperature at 0.1°C increments. And if you require it, UL/CSA certification is optional.

For pesticide remediation, decarboxylation, or winterization, consider one of our jacketed, glass reactors. Our 50-liter model will cover the needs of most operations. Its glassware is food-grade, high borosilicate glass 3.3. This resists heat, cold, and corrosion. The reactor has a wide temperature range, too. It goes from -110°F to 400°F. Multi-layer stirring blades optimize your results, while PTFE sealing components ensure it’ll last a long time.

To learn more about this archeological discovery, click here: