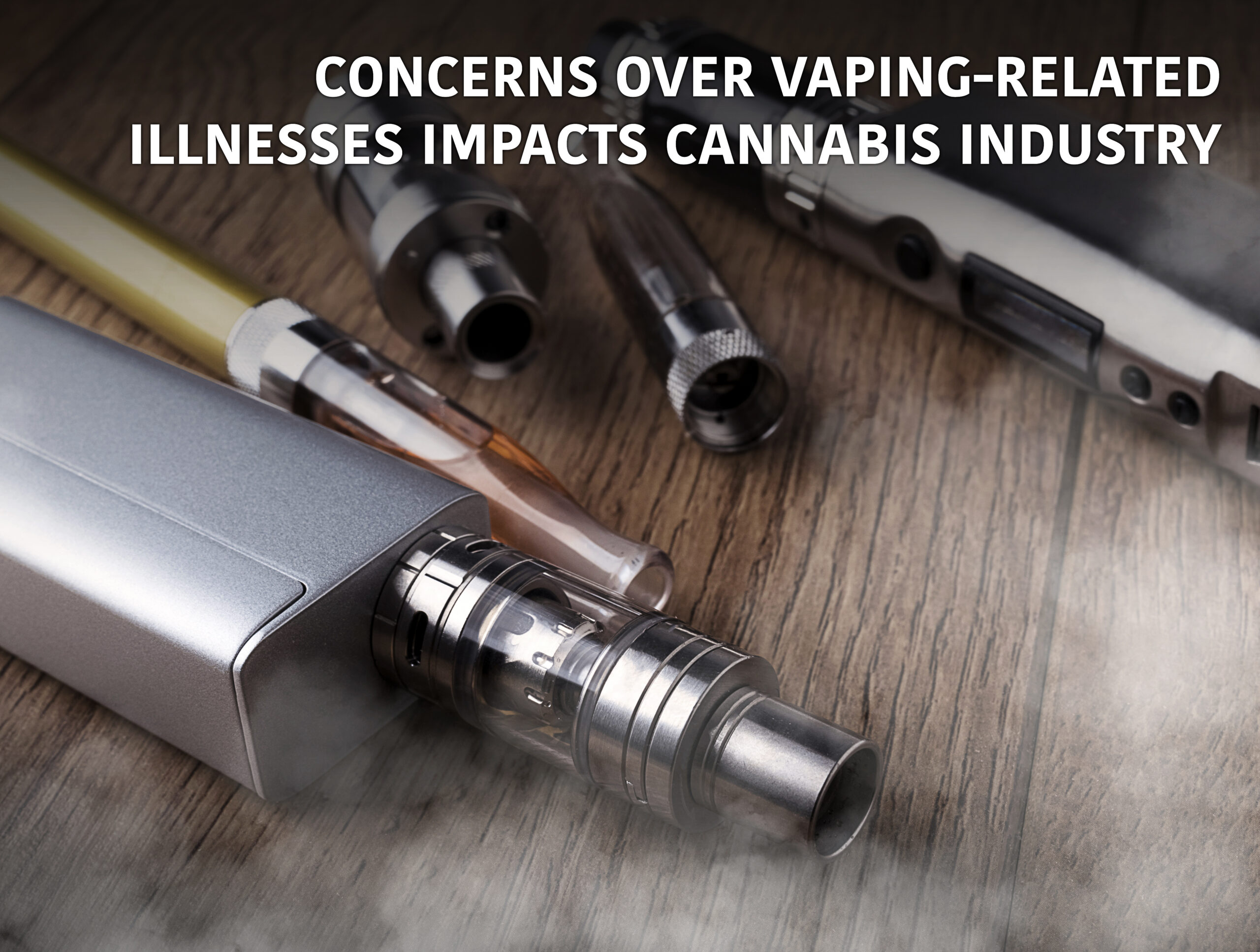 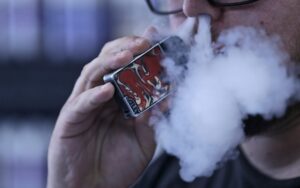 Since the mid-2000s, vaping has seen a meteoric rise. Worldwide, the number of people vaping has increased significantly in a short period, from around seven million in 2011 to 35 million in 2016, according to the World Health Organization (WHO). Vaping, although not quite as popular as smoking flower, has grown substantially in the cannabis industry as well. Vape oil products made up 86% of concentrate sales in Colorado, Oregon, and Washington in 2018, according to a BDS Analytics report. 71% of California’s concentrate sales were vape oil products that same year, the report states.

The reason most took up vaping in the first place is, it’s thought to be healthier than inhaling smoke. Now, experts aren’t so sure. The Centers for Disease Control and Prevention (CDC) recently announced that 450 people have been sickened from a mysterious disease associated with vaping. Five are dead. It’s not the act of vaping itself, but a chemical or combination of them that’s causing health problems.

A number of different products were used by victims, including vape pens that use refillable pods, liquids, and cartridges. Some were nicotine-based, others THC-based. One of the victims who died even purchased a vape cart from a legal dispensary. But in this outbreak, such an incident is rare.

The victims suffered from pulmonary disease or illness of the lungs. Symptoms include fatigue, shortness of breath, nausea, and vomiting. Dana Meaney-Delman of the CDC warned Americans, “While this investigation is ongoing, people should not use e-cigarette products.”

Samples collected from products used by the sickened were found to contain vitamin E acetate, according to FDA and New York State officials. This is an oil derived from vitamin E. Although suspicious, no one substance has been found in all the products used by victims. Still, it’s important to avoid inhaling vitamin E acetate, according to the FDA. The CDC assures it’s getting close to discovering the source of the outbreak.

Indications for the Industry

Such a scare is likely to ward off some users from vaping for a while. As such, makers of distillate and vape carts will likely see a drop in sales. That’s at least until health officials identify the cause. New regulations may also be coming down the pike. This could be for the contents of vape cartridges or the carts themselves. Since it’s still illegal federally, states will determine their own regulations.

Such regulatory changes could potentially vary from state to state. That said, they are likely to see some sort of uniformity across the industry. Above-board facilities made many of the offending carts. Several have come from the black market. Others have been counterfeit versions of above-board brands. Still, brands must keep up best practices, stay vigilant, and communicate with customers on all channels, assuring them that every safety measure has been taken.

Once the smoke clears and proper regulations are put into place, everything is likely to go back to normal, and the liberalization of cannabis and it’s products will continue. That’ll mean more processors to make extracts and concentrates. And with increased demand comes a greater need for post-harvest equipment. That’s where Ai Vacuum comes in. This is the premier post-processing equipment provider in the industry.

Need to perform a purge? Pick up one of our best-selling and award-winning AccuTemp series vacuum ovens. The Ai 3.2 cu ft model is perfect for making shatter or isolate. One reason is its unique, five-sided, heating technology. This offers outstanding temperature uniformity and precise control. Ai vacuum ovens heat up rapidly and evenly. They also provide a higher ultimate vacuum, held 10 times longer than the industry standard. The reason is internal, stainless-steel tubing. Note that all AccuTemp ovens are UL/CSA certified for additional safety.

For solvent reclamation, pick up an Ai 20-liter rotary evaporator. It’s precise, efficient, sturdy, and reliable. Its motor and worm gear is specially designed for quiet, consistent, vibration-free rotation at speeds of 100 to 180 RPM. What’s more, the digitally controlled water bath goes from ambient temperature to 99°C (210°F). The bath has a PID controller that’s so precise, it steps up the temperature at 0.1°C increments. And should you require it, UL/CSA certification is available.

To speed up condensation and your process overall, add on a condenser protective insulation sleeve. These are available for Ai 20-liter and 50-liter rotary evaporators. The sleeve will increase your condensation rate and protect against breakage and scratches. Each sleeve is rated for -70°C to 280°C. There’s even a viewing window for auxiliary condenser sleeves.

To learn more about the vaping crisis and what might be causing it, click on the video below: