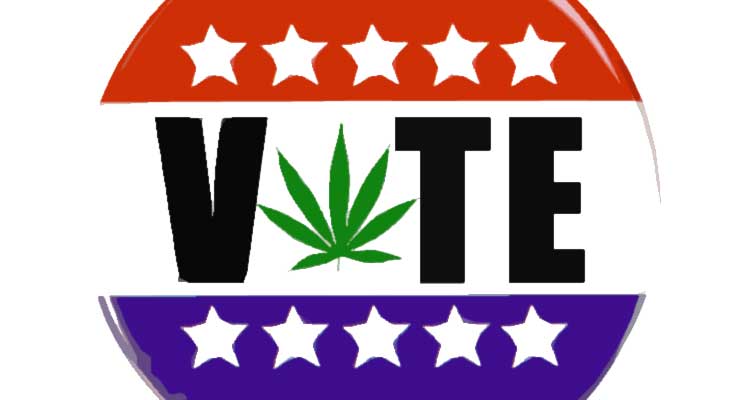 How do the Midterm Election Results Impact the Cannabis Industry? 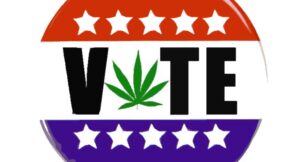 The midterm elections caused many changes in the cannabis industry.

Things looked bleak for the cannabis industry for a while. This, even though 62% of Americans believe the plant should be legalized federally for those 21 and up, according to the latest Pew Research Center poll. As you might expect in a republic, the bleakness didn’t last long. We’re now seeing a dramatic turnaround, due to the midterm election results, among other reasons.

One of the biggest changes, Michigan became the first Midwestern state to legalize recreational use through Proposition 1. Adult use passed by a significant 56-44% margin. Although cannabis will technically become legal for adults 10 days after the election, the state’s rec program isn’t expected to begin until 2020. Adults in the state will no longer be arrested for simple possession. But they will be for driving under the influence or lighting up in public. What’s more, landlords can still prohibit use on their property and companies can still drug test employees.

The Great Lake State will see big changes. Adults age 21 and over will be able to purchase, process, or use cannabis in all its forms. They’ll be able to cultivate up to 12 plants on their property, although, these cannot be visible from any public space. Adults will also be able to legally possess up to 10 oz. of flower. But anything over 2.5 oz. will need to be secured in a locked container. State officials say the rec program follows the general structure of their medical program, which was approved in 2008.

Michigan is now creating a licensing system for cultivators, processors, transporters, and retailers. Municipalities can ban or restrict such businesses as they see fit. Yet, those municipalities who do allow such businesses will reap their share of the 10% sales tax, which will fund schools, repair roads, and contribute to other such projects. This is among one of the lowest cannabis tax rates in the nation. Still, it should provide a significant haul over time. Michigan is the 10th most populous state in the nation.

Michigan may Influence other States

Chicagoans and Clevelanders would only have to drive about two hours to reach Michigan’s legal market. As such, it’s likely the state would see a significant uptick in business from surrounding states. Ohio, Indiana, Illinois, and other states could be missing out on oodles of tax revenue, spurring them to consider legalization. Ohio and Illinois already have medical marijuana programs and Kentucky is likely to create one soon.

Some Indiana insiders believe Michigan’s legalization will likely cause it to follow suit. But the general assembly must pass such a law, rather than doing so by ballot initiative, as was done in most other states. During the last legislative session, around a dozen cannabis-centered bills were proposed. None made it anywhere, as many Indiana lawmakers remain skeptical.

Other Winners and Losers

Missouri and Utah legalized medical marijuana. As it stands now, medical cannabis is legal in 33 states. But it wasn’t all good news for advocates. North Dakota shot down a legalization initiative.

Outside of the election, there was another win for cannabis. Jeff Sessions resigned as Attorney General. His famed anti-cannabis stance saw the rescinding of the Obama era Cole Memo, which codified a laissez-faire attitude towards state-legal cannabis. Sessions drug war rhetoric never saw fruition. Congress refused to extend the funding Sessions required to renew such efforts. Furthermore, Trump has said in the past that cannabis laws should be left up to the states.

Overall, things are looking up. So much so that optimistic experts, such as Tidal Royalty’s CEO Paul Rosen, believe the next legislative session in Congress may see bipartisan efforts to ease the burden on state-legal companies pass. Tidal Royalty is a Canadian cannabis financing firm. One such effort is the States Act.

Sponsored by Sens. Elizabeth Warren (D-MA) and Cory Gardner (R-CO), the act, if passed, would hold states that have legalized cannabis exempt from the federal Controlled Substances Act. That would eliminate the roadblock banks have to work with state-legal cannabis operations. It would also free up investment. Global investment giant BlackRock’s President Robert Kapito recently announced they’re interested in investing in cannabis. The firm remains hesitant, however, due to the ongoing federal illegality.

Numerous operations are about to spring up in these new markets, particularly Michigan. Extractors and soil-to-oil operators will certainly need refinement equipment to clean up and polish their products, and they’re likely to turn to Ai Vacuum. This is the premiere botanical refinement equipment manufacturer in the industry. Hydrocarbon extractions are likely to make a comeback. If you need to perform a purge, have a look at our award-winning AccuTemp series vacuum ovens.

Our 1.9 CF model is one of the most popular in the business. It’s imbued with our unique internal shelf heating technology. That means that each shelf has its own heater, sensor, and temperature controller. This allows you to precisely set the temperature for each individual shelf. Such an arrangement provides exceptional uniformity, guaranteeing you the perfect purge each and every time. It has all stainless-steel interior tubing, meaning higher ultimate vacuum held for 10 times longer than other models on the market. Note that all of our Accutemp ovens come UL/CSA certified and with a 2-year warranty.

For solvent reclamation, one of our rotary evaporators is your best bet. Our 50-liter is very popular. It’s easy to use, durable, and turns out perfect results time and again. This rotovap’s water bath heats up quickly. That’s because the coils are placed directly inside the pan for supreme efficiency. It’s motor and worm gear are specially designed to deliver consistent, vibration-free rotation at 10-130 rpm. This rotovap offers precise temperature control too, through a PID controller, which steps up temp at 0.1°C increments.

For rapid winterization or pesticide remediation, turn to one of our jacketed glass reactors. Our 50-liter model is perfect for removing pesticides. It’s rugged, easy to use, and delivers marvelous results. This reactor has a wide temperature range, from -110°F to 400°F. All PTFE sealing on the internal components means it’s solvent-resistant and has a long lifespan. Lastly, it’s made of food grade borosilicate glass, the most heat, cold, and corrosive-resistant on the market, making it durable and long-lasting.