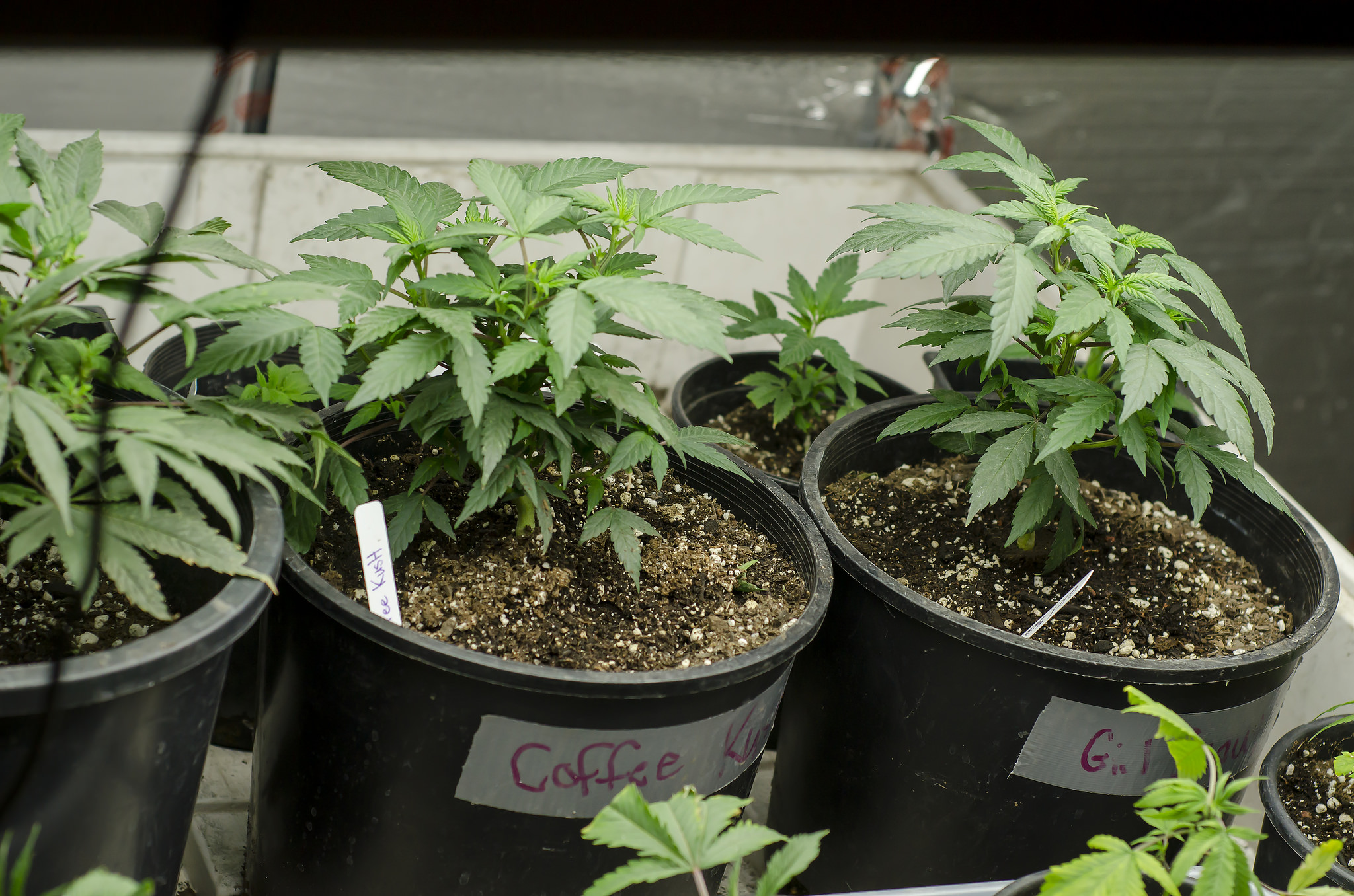 Is There such a Thing as a Cannabis Strain? 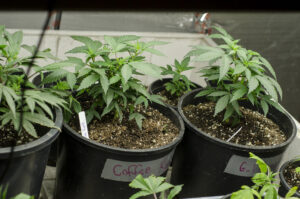 Most enthusiasts agree that cannabis generally breaks down into two categories, indica and sativa. Short, stubby indica is said to give you a “body high.” It provides muscle relaxation and aids sleep. Too much can cause the dreaded “couch lock.” Tall, thin, spindly-leafed sativa on the other hand, offers a “head high.” It induces energy, creativity, and out-of-the-box thinking. A plant that’s a hybrid of these is considered a strain. It’s easy to get lost in the kaleidoscope of strains out there. There’s thought to be thousands of different kinds. Varietal may be a more scientific term.

Since marijuana is dioecious, each plant is either male or female. The female plant must be fertilized by the male. It’s the flowers of the female plant, the buds, that carry most of the trichomes. Trichomes are the glands which produce cannabinoids like THC and CBD, and those helpful terpenes, which add aroma and flavor and engage the entourage effect. Breeders for decades have been exercising crossing-pollination to produce certain effects. Although the US federal government is still restrictive on researching cannabis, with so much money now pouring into the industry, private interest is driving research.

Even so, such efforts are new. We require a body of evidence backed by solid research, before certain reliable truths can be teased out. Still, we’re moving toward greater understanding. It’ll just take time. As of 2015, some 22,000 research papers on cannabis were published. Some indications are starting to float to the surface. One particular investigation found that the indica/sativa divide tells only part of the story.

Humans have been altering plants for certain effects for thousands of years. In the US, this wasn’t  driven by science until 1940. From then on, scientists have developed crop varieties for certain traits, including drought and pest resistance, a longer shelf life, better flavor, a bigger size, and uniformity. While cannabis breeders have done something similar over time, with cultivation being a black market activity for so long, their results were less than precise.

Cannabis breeders have taken say one popular strain and tried to breed it with another, yielding a certain amount of variety across plants. Say you breed 12 new plants. Each one varies in some slight way. A commercial grower may pick up the best seeds and create 50 or 100 more plants. Among these, variation is found too. Even clone-only strains see some variation.

Instead of breeding for uniformity, today, growers breed for stability. As such, although a cannabis product that you buy may be labeled as a certain strain, in fact, there is a lot of variety even among strains. Another issue is that, since cannabis breeding was an underground activity for such a long time, there’s a dearth of records to show what was done.

A 2015 paper published in the journal PLOS One analyzed 83 particular strains. Shockingly, it found that many were genetically related. In fact, several types reported to be pure indica or sativa, were nearly genetically identical to its so-called opposite.

This issue becomes particularly worrisome when it comes to recommending so-called strains to patients. Do the recommended varieties really offer the aspects of relief they claim? These days, serious players in the cannabis game are abandoning the term strain altogether. They’re instead embracing “cultivar” or “chemovar.” Cultivar just means a cultivated variety of the plant.

So far, some 700 specific cultivars have been identified. Still, this doesn’t inform end users about the actual chemical makeup of the product. Because of this, scientists researching cannabis now say it would be better to classify it by its chemical makeup, including cannabinoids, terpenes, and flavonoids. That’s where chemovar or the chemical variety comes in.

No such exhaustive classification process has been initiated, yet. Such a process would not only help patients but businesses as well. To patent a certain kind of cannabis, a plant must have unique properties that are new and separate from existing types. It must also be remarkably different from plants found in the wild.

Once the genetic and chemical analysis of all existing types is complete, we’ll have a full taxonomy of cannabis. Then, we can walk back through the genetic lineage and tell where certain types originated from. Cultivators will be able to grow uniform plants with predictable and consistent chemical and genetic makeups. Intellectual property rights can be protected. And this could allow for greater penetration by enormous corporations–who have all the resources to succeed. It’ll also hollow out room for small batch, craft cannabis operations, modeled after the craft beer industry.

California’s Humboldt County may soon become the champagne region of cannabis. We’ll even be able to design cannabis cultivars for certain effects, be they medicinal or recreational. Several firms have already begun the classification process, in order to unlock the plant’s secrets and be able to create designer cannabis for certain effects. One such partnership is between NRGene— an Israeli genome analysis firm and the Swiss Pure Cannabis Research AG.

Together, they plan on mapping the genomes of several cannabis varieties. Other operations are doing this as well, including Phylos Bioscience. Using DNA sequencing data, they’ve already mapped the relationships between several thousand cannabis varietals. Their plan is to genetically certify the cannabis supply chain.

As a result of such efforts, consumers and patients will be able to feel confident that the product they are receiving has the attributes they desire. The industry will also develop plants that are hardier, healthier, and which possess other commercially desirous attributes. They’ll also develop types that are specifically designed to induce certain effects, such as aiding sleep, relieving pain, or boosting energy or creativity.

No matter what type of cannabis you’re dealing with, if you’re an extractor or grower with a soil-to-oil operation, know that Ai Vacuum has your back. We offer a full line of botanical refinement equipment perfectly suited to all your post-harvest needs. For purging, consider our award-winning AccuTemp series vacuum ovens. The 3.2 cu ft. model is popular in the industry.

This oven offers unparalleled heating accuracy and efficiency, an optimal vacuum level, and internal shelf heating technology. Such technology provides rapid heat-up times with a minimal amount of heat loss. Of course, you’ll need a vacuum pump to use it. Our EasyVac 9 dual-stage pump is an excellent choice. It’s powerful, quiet, and avoids backflow contamination, thanks to a specialized oil mist filter.

Another option is one of our short path distillation systems, such as our 10-liter kit. Advantages include heating at a considerably lower temperature and pressure than the boiling point. This allows for an easier fractioning of material. Moreover, less material is lost on the sides of the apparatus, due to the short distance the distillate has to travel before condensing. In addition, each glass piece is made of thick-walled, high borosilicate glass 3.3. This is the most cold, heat, and corrosion resistant available.