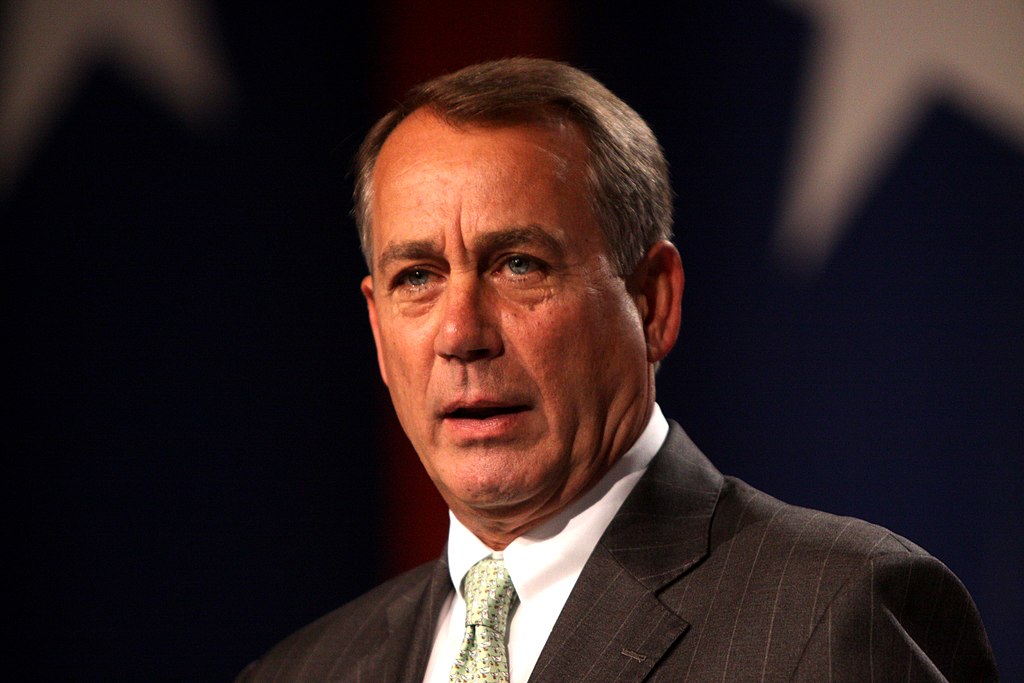 From Opponent to Advocate

It wasn’t long ago that former House Speaker John Boehner was “unalterably opposed” to legalization. In 1999, he voted against allowing medical cannabis in Washington, D.C. Now, as an Acreage Holdings board member, Boehner is calling the federal ban “out of step.” The company is the largest possessor of cannabis-related licenses and assets in America. It currently operates in 19 states.

Boehner recently spoke with several media outlets about his opposition to federal prohibition. One substantive interview was on NPR’s All Things Considered with Rachel Martin. Boehner said he’s never used cannabis and doesn’t plan to. “But if other people use the product, who am I to say they shouldn’t?” he said. The Ohio Republican said that the average American’s view has softened over the last five years, and so has his.

Moreover, his talk with veterans and their challenges when it comes to pain management, traumatic brain injury, and PTSD, helped Boehner change his tune, according to the interview. Lots of veterans say they’re given a significant number of prescriptions when dealing with such issues. But each has its own side effects and many former soldiers don’t find the relief they find with cannabis–although at this point the evidence is mostly anecdotal.

The STATES Act and the FDA

Boehner told NPR he supports the STATES Act, a bill put forth by Senator’s Elizabeth Warren (D-MA) and Cory Gardner (D-CO). This would allow states to decide for themselves whether or not to legalize medical or recreational cannabis, without any fear of federal interference.

The Ohio Republican also urged the FDA to change its stance. Currently, cannabis is considered a schedule I narcotic under the Controlled Substances Act, putting its toxicity on par with heroin and LSD. Advocates have for a long time said this classification runs counter to scientific evidence. Boehner believes altering the federal government’s stance will allow more research on cannabis’ health effects.

Boehner was also the keynote speaker at the recent South by Southwest (SXSW) conference in Austin. He was joined by Acreage Holdings’ founder and CEO Kevin Murphy and interviewer Tim Seymour. Boehner predicted the federal ban on cannabis was likely to end either this or next year. He drew a small group of protestors and his talk was met with occasional jeers. That’s because the former speaker’s stance helped arrest 400,000 on trafficking or sales charges between 2011 and 21015, when he was in power, according to Quartz. Boehner told NPR he was merely opposed to the drug’s use, but the impact of his outlook never occurred to him.

At SXSW, the Ohio Republican said the prevailing trend is expansion. “It’s time for the federal government to get out of the way,” he said. The former House Speaker predicted that legislators in Washington would pass the STATES Act either this year or next. Meanwhile, Murphy complained about the regulatory atmosphere, especially with Washington saying one thing and legalized states another. “I think we in the United States are woefully behind the rest of the world and had seen that first-hand in Davos, Switzerland,” Murphy said. The CEO added that his company was doing research on the health impact of cannabis use, in order to bridge the gap between anecdotal and clinical understandings.

Should Boehner’s predictions come to pass, the cannabis space would completely transform. More states might be encouraged to adopt medical or even recreational cannabis. This could lead to a boon in operations and sales. If that happens, professionals in the cannabis extraction industry and greenhorns entering it will likely turn to Ai Vacuum for all their post-harvest equipment needs.

For those making shatter, off-gassing is the name of the game. Our best-selling AccuTemp series vacuum ovens are stalwarts of the purge. Our 1.9 cu ft. model is extremely popular, and there’s little wonder why. It already comes UL/CSA certified, so you know you’re in compliance. Moreover, it has a unique, five-sided heating technology. This provides a quick heat-up, more accurate temperature control, and unparalleled uniformity. Another marvelous feature, internal, stainless-steel tubing provides higher ultimate vacuum, which is held 10 times longer than the industry standard.

The Right Vacuum Pump and Rotovap

Of course, you’ll need the right pump to go with it. We recommend our EasyVac 9 CFM dual-stage vacuum pump. This sliding-vane rotary pump is powerful, compact, reliable, and cost-effective. It comes with a KF25 vacuum connector, all the necessary fittings, and an exhaust oil mist filter. The filter returns trapped oil back into the pump and acts as a silencer, causing it to run quietly. Note that this vacuum pump is now 110V/220V 50/60Hz switchable.

For solvent reclamation, pick up one of our rotary evaporators. Our 10-liter model is commonly used in the industry. It’s powerful, durable, reliable, and precise. This and all of our models have a specially designed motor and worm gear, providing quiet, vibration-free rotation at 100-180 rpm.

The digital water bath provides consistent temperatures from ambient to 99°C (210°F). It also has a PID temperature controller that precisely steps up the temperature at 0.1°C increments. The rotovap even comes with the option of ETL testing to UL/CSA standards.