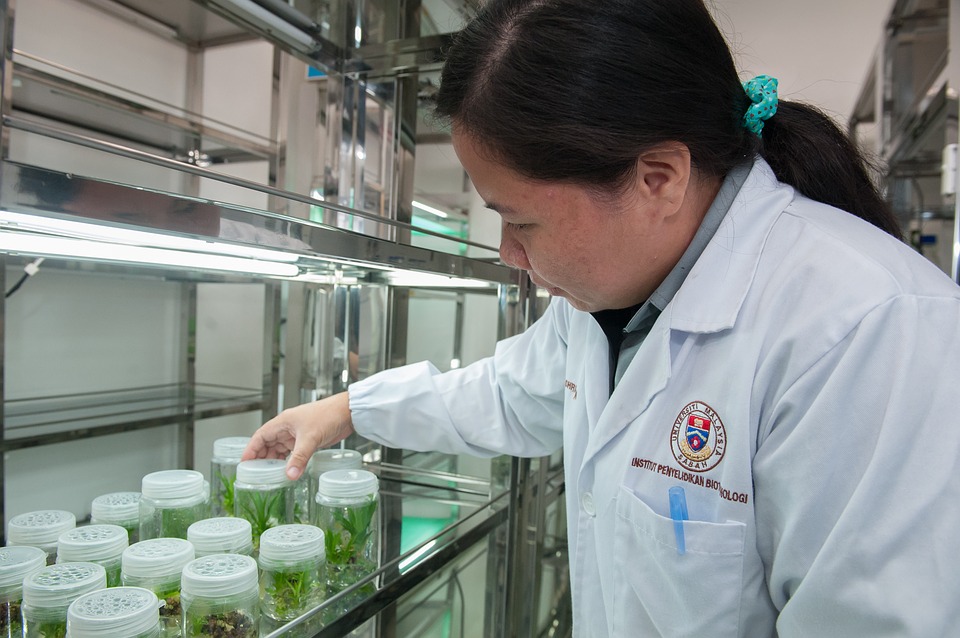 Lab Made Cannabinoids are the Future of the Industry 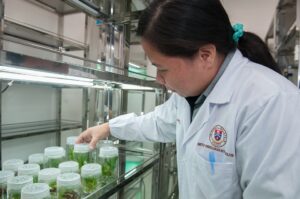 Studying cannabis in the lab.

Today, grow operations have a high startup cost. For an indoor operation, entrepreneurs should count on spending about $75 a sq. ft. in upfront costs, while a greenhouse variety can cost about $50 per sq. ft. An outdoor operation, by comparison, is around $10 per sq. ft. With the former two, you can pump out a superior product and enjoy multiple harvests per year, which may make the initial investment worth it. These costs vary from state to state. Highly regulated markets require more start-up capital, while less regulated ones require less, for now.

Of course, start-up costs are only your first concern. There’s the quality of the seeds or clones you start out with. If it’s an outdoor grow–the soil, climate, and weather should be considered as well. Lots of different factors can affect the outcome and so your bottom line. But what if all of those costs suddenly became obsolete? What if you could eliminate all the factors that alter the crop, and put out a perfect, high-quality, uniform product each and every time? The day is coming when such operations will be taken out of the grow and into the lab.

The most significant obstacle is the legal climate. In the US, cannabis is still illegal federally. The federal government has increasingly allowed for more research on cannabis, however. They’ve ordered more cannabis grown at the one grow-op the government runs, located at the University of Mississippi. Its mission is to provide samples for scientists to test. Another move that may signal a trend of loosening up, on September 2, the FDA approved Epidiolex. This is a medication for epileptics which contains cannabidiol (CBD). This non-psychoactive phytochemical, found only in cannabis, is thought to have a number of medicinal properties.

The DEA will still need to reclassify at least this cannabinoid, or biochemical found only in cannabis, so that doctors can prescribe it. If that happens, it’ll further improve the situation for medical research into cannabis. This is good news for tech startups that are forgoing growing and instead, create cannabinoids in the lab–through genetic engineering. Bioengineer Oliver Kayser, at the Technical University of Dortmund, in Germany, told Nature, that this prevailing global trend toward liberalization means we’re entering into a “biochemical gold rush” in the cannabis space.

A recently announced corporate partnership is a testament to this. Cronos Group Inc., a cannabis producer, just announced a $122 million deal with Gonkgo Bioworks Inc. They plan to genetically engineer desirable cannabinoids. First, the two will identify cannabis-based compounds that appear to have desirous effects, even ones that have a minuscule presence in the plant. They’ll extract the plants DNA and then try and reproduce such cannabinoids it in the lab. From there, they’ll learn the chemical makeup of each compound and will reproduce them one-by-one.

Ginkgo works with the fragrance industry. It can extract the scent of a tulip for instance, from its DNA, and place that fragrance into any product a client wishes, be it soap, a perfume, or what-have-you. Once the science is worked out, officials at Ginkgo say, the process of creating cannabinoids in the lab will be inexpensive, and will result in a uniform and high-quality. The procedure will be highly reproducible and won’t be subject to market or environmental forces.

One method is creating genetically engineered bacteria or yeast to pump out desirable cannabinoids. The firm Hyasynth Bio of Montreal, Canada, has created such a process. As a result, Organigram, a Canadian medical cannabis corporation, is looking to invest the equivalent of $7.6 million in Hyasynth’s process. InMed Pharmaceuticals in Vancouver is experimenting with a similar method, refining rare cannabinoids using the bacterium, E. coli.

When will Lab Made Replace Grown Cannabis?

If the federal government continues to keep a tight grip on cannabis, growers and extractors have nothing to worry about. Should federal legalization occur, few growers would survive. Of course, some traditional growers will always be around, making craft cannabis. After all, the craft beer industry is alive and well, operating alongside the major players. Still, once all the science is worked out, lab-made cannabinoids would crush the vast majority of growers and put them out of business.

Processors too will find their services wanting. This could take years or even decades. There’s no way of knowing. But those in the industry should keep abreast of what’s happening, to be able to position themselves as well as possible.

Lab-grown cannabinoids are still a long way off. It’ll take some years for such companies to work through all the varieties out there. Plus, several companies are competing in this sphere. They don’t all have access to the same strains. It’s a big, hodge-podge mess that’ll need to be sorted through. In the near to medium term, there’s still plenty of room for growers and processors. That’s where Ai Vacuum comes in.

As the premiere botanical refinement solutions provider, Ai Vacuum covers all your post-harvest needs. Consider our 20-liter rotary evaporator with a motorized lift. It’s reliable, easy to operate, cost-effective, and turns out high-quality, uniform product time and again. Another great option is our short path distillation kit. Our 5-liter model is quite popular. It features more efficient fractioning, a larger distillation jacket–which means less heat loss, and the best glassware on the market.

Lastly, there’s our jacketed glass reactor. This vessel can be used for the winterization process or even for pesticide and herbicide remediation. Our 10-liter reactor is the most commonly purchased. It has a wide temperature range, from -110°F to 400°F. It’s durable, efficient, easy to operate, and is made of the highest quality glassware around.

To learn more about Hyasynth Bio and their plans, click here: