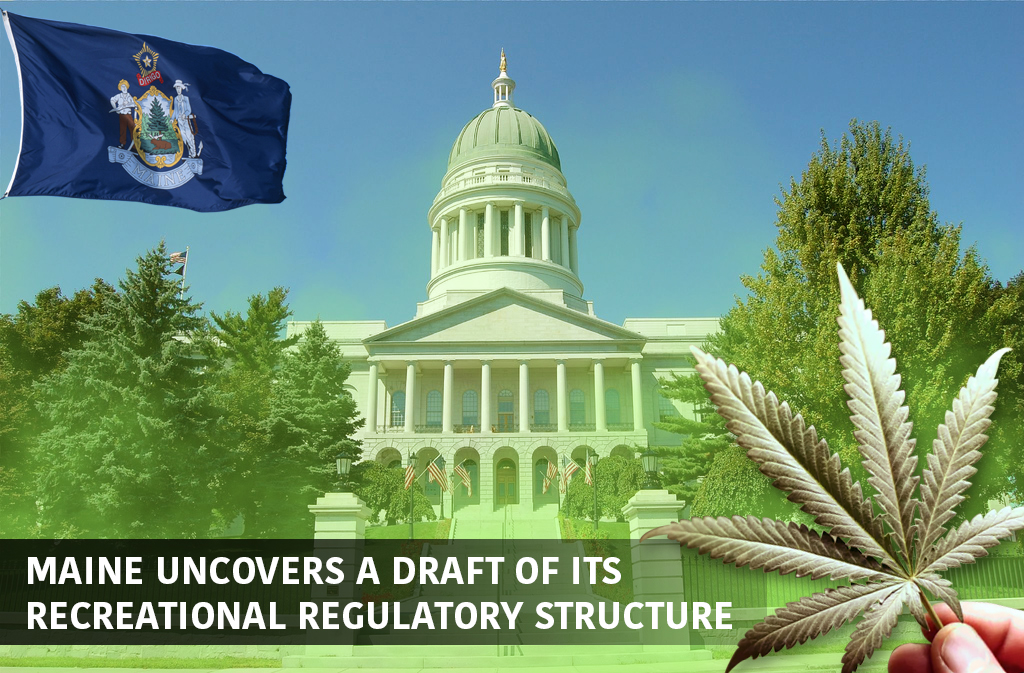 Maine Releases a Draft of its Recreational Regulatory Structure 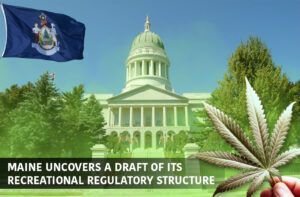 This northernmost eastern state typifies New England’s famed tolerance. Mainers approved recreational cannabis way back in 2016 as part of a voter referendum. Yet, although they can grow and consume the plant at home, state residents can’t purchase it at a retailer. Of course, the whole point of legalization is to establish a state-sanctioned marketplace, in order to eliminate the black market. That hasn’t occurred, yet. But the state’s topmost cannabis official recently stated that such a market should be ready by the end of this year. This could be wishful thinking.

Several things have held the program up. First, the state rewrote the referendum question several times. Then, former Republican Governor Paul LePage was against legalization. Last March, the state let go one of the most prominent consultant firms in the industry, which uses software to track cannabis. Maine officials announced this was due to bidding concerns. After that, the state went looking for a consultant to put its regulatory structure in place. Maine has been criticized for the bidding process it used to do so.

Originally, it hired BOTEC of Los Angeles and paid them $199,000 as part of a consulting contract. The Colorado law firm Freedman & Koski appealed the award. They claimed it was unfair how the state scored applications. In January, BOTEC filed an appeal. In mid-April, the state canceled the appeals process, saying the two parties were working on a solution. Now, they’re both helping the state. Meanwhile, public interest and pressure have finally produced preliminary regulations.

A newly produced 74-page document covers licensing, tracking, cultivation, testing, retail, and waste management has recently been released. State agents worked for ten weeks to put it together. You can read the full draft of the rules here. Maine officials released them thanks to a Freedom of Access request by the newspaper the Portland Press Herald.

As a follow-up, a public hearing will be held in May. Afterward, state residents can weigh in during a 10-day comment period. Once up and running, analysts say Maine’s recreational market could bring in $265 million and create over 5,000 jobs. According to Erik Gundersen, the director of the Office of Marijuana Policy, Maine plans to start accepting licensing applications this year. However, if the drafted rules don’t make it to the legislature before the summer break, the process will be delayed. Regulators plan to refine the laws through April and May and present them to the legislature in June.

As the rules stand, Maine cultivators would fit into a tiered licensing system. These licenses would be provisional. The state would take 90 days to review each. A licensee will need to be a Maine resident, have filed tax returns for the last four years, and will undergo a criminal background check. Law enforcement officials, state employees, and anyone convicted of a felony involving a drug charge within the last 10 years would be ineligible. Those convicted of a cannabis-related crime, however, would be eligible.

Once licensed by the state, a company would have to be approved by the city or town they plan to reside in. Each municipality would make its own licensing procedure. Some have already put a regulatory structure in place, while others are waiting for the state to establish its own. State licenses would be provisional, last a year, and would require an annual fee for renewal. When it comes to licensing, cultivators fall within one of five tiers. The fee depends on whether it’s an indoor or outdoor grow and how many feet of canopy or grow room an operation has.

The first tier is the boutique level at 500 sq. ft., the second 1,000 sq. ft., the third tier 2,000 sq. ft., the fourth 7,000, and the last 20,000 sq. ft. The producer would have to pay an annual fee of between $60-500 depending on the size of the grow and the type of operation, whether indoor or outdoor. Next, there would be an annual licensing fee. This could range from $9-30,000 depending on the operation’s size. Processors and retailers meanwhile, will each pay a $250 application fee and a $2,500 annual license fee. In addition, grow operations must have an alarm system, security cameras, locks on the doors and windows, and storage and disposal areas near all points of sale.

Licensed cultivators will also have to get certified as either a professional engineer or an industrial hygienist if they plan to perform hydrocarbon extractions. This is to ensure safety protocols are in place and followed. Testing and labeling rules will come later. State officials say they’re likely to require testing for residual solvents and other chemicals, molds and mildew, salmonella and other microbes, pesticides, fungicides, and insecticides.

On the retail side, patrons wouldn’t be able to buy more than 2.5 ounces of flower or five grams of concentrate or edibles daily. Edibles couldn’t be manufactured to appeal to children. And products couldn’t contain more than 100 milligrams of THC and must carry the state-approved leaf symbol.

With seemingly more processors entering into Maine’s market, more cannabis extraction will be taking place. Those extractors will likely turn to Ai Vacuum for their post-processing equipment needs. This is the premier provider in the industry. Is distillation your game? Pick up one of our short path distillation kits. Our 10-liter model is commonly used.

Each glass piece is made from heavy-wall, high borosilicate glass 3.3. This is among the heartiest on the market. It can resist heat, cold, and corrosion. A large vacuum jacket equates to extremely efficient fractioning, while an increased head diameter means no chance of clogging. PTFE thermo inlet adapters and Viton gaskets resist corrosion, giving the kit a long life.

If you want peak performance out of your short path, pick up one of our DomeShield insulating tops. Rated up to 800°C, these protect your boiling flask, prevent condensation from forming on the upper half of the flask, and ensure temperature uniformity. They’re easy to place and remove, thanks to Velcro straps. We have DomeShields for 2, 5, 10, and 20-liter flasks, and each can accommodate a 1, 2, or 3-neck flask.

If you need to perform winterization, decarboxylation, or pesticide remediation, one of our jacketed glass reactors is for you. Our 50-liter is a good choice. The glassware is among the best on the market. This is food-grade, high borosilicate glass 3.3. It resists heat, cold, and corrosion. The reactor has a wide temperature range, too, from -110°F to 400°F. Multi-layer stirring blades optimize your results, while PTFE sealing components mean the reactor will last a long time.