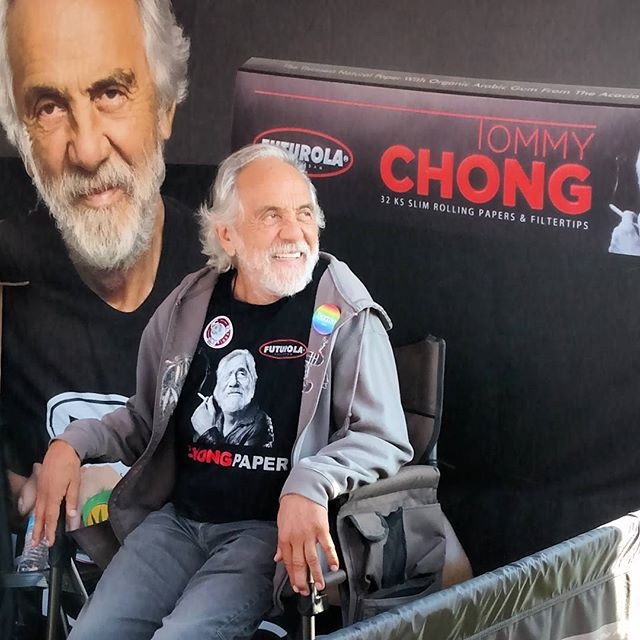 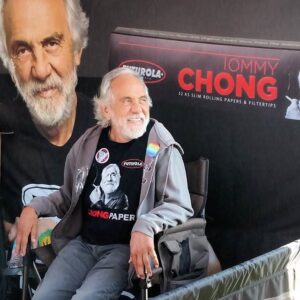 Maybe it’s no surprise Tommy Chong has a whole line of cannabis products., or that Snoop Dogg is hawking his own strain and related accessories.  It’s likely no one will bat an eye when hearing that Bob Marley’s estate is selling Marley Natural, a strain meant to heal and inspire, along with all the accouterments. But when mainline celebrities speak out, it’s noteworthy and lends credence to legalized cannabis.

So many celebrities have come forward to support adult use and especially, medical marijuana. John Legend, Whoopie Goldberg, Alanis Morrissette, Bill Maher, Woody Harrelson, Susan Sarandon, and Jack Nicholson, along with many others, have shown support. A few years ago, Whoopie Goldberg wrote a piece for the Denver Post about how her vape pen gives her relief. Goldberg suffers from glaucoma—a painful condition where pressure builds up behind the eyes. Cannabis use relieves such pressure, evident in the iconic red eyes users get.

Mainstream celebrities today are also getting involved in the state-legal marijuana businesses. For instance, singer Rihanna has her own product line, MahRihanna. Former Disney darling Miley Cyrus has a brand of rolling papers, including one 24-karat gold variety. Admittedly, this may not be her most shocking behavior to date. And Melissa Etheridge, who says that cannabis helped her get through breast cancer, now sells cannabis-infused wine, which supposedly relaxes your entire body.

Nowhere was the intersection of celebrity and legal cannabis more pronounced than at the most recent Cannabis World Congress. This, is the premier business-to-business expo for those in the marijuana industry. The event is held three times a year, once in New York, once in Boston, and once in Los Angeles. The latest was held in the Jacob Javits Center in Manhattan, May 20-June 1. Around 2,000 visitors attended.

As part of their “Surprise Speaker Series,” former Massachusetts governor Bill Weld took the podium, as did former speaker of the House John Boehner. Boehner’s has done an about-face on cannabis in recent years. In 2011, he said he completely opposed it. But last April, he announced on Twitter he’d changed his mind. The former speaker is now a board member at Acreage Holdings, a company which possessed marijuana-related assets in 30 states.

Other celebrities in attendance included Detroit Lions running back Mike James and MMA fighter and first female UFC champion, Liz “Girl-Zilla” Carmouche. One of the most anticipated celebrities was Emmy Award winning TV show host Montel Williams. Williams has been a firm advocate for medical marijuana. He suffers from extreme pain in his legs and other areas of his body due to multiple sclerosis. Williams says only medical cannabis has been able to soothe it. He’s also the founder of the Lentiv, a company which promotes a line of medical cannabis products.

One Exhibitor Stood out

200 exhibitors spoke with attendees about their wares and services. With the popularity of vape pens, extracts have grown in prominence. Industry watchers say, this trend is expected to continue. These are used in vape pens and edible products—some of the most popular items in the industry today. Aficionados have made it clear, smoking is out and these cleaner, healthier methods are in. That’s where AiVacuum comes in. AiVacuum produces top-of-the-line lab equipment for botanical refinement.

One of our most sought-after items at the trade show was the 5-liter short path distillation kit. This is among the most popular ways to extract. The method has many advantages, such as an uninterrupted feed–which allows for the making of large batches, no solvents are used, meaning it’s chemical free, something customers want, and it preserves marijuana’s unique flavor profile. The final product, THC and CBD oil, is pure, clean, and highly concentrated.

Our 20-liter glass reactor also grabbed attention. To extract cannabinoids such as THC—the intoxicating compound, a solvent is used. Currently, ethanol is the go-to solvent for extraction, and that’s where the reactor comes in. Within it, ethanol extracts the desired cannabinoids and terpenes—which give marijuana it’s taste profile, without including unwanted things like fats, waxes, and chlorophyll.

Another product of great interest was our vacuum ovens. Leaders in the industry know that the quality of the hash oil they produce correlates directly with the quality of their vacuum oven. Our line ensures temperature uniformity, perfect pressure, and offers enough surface area for large-scale extraction.