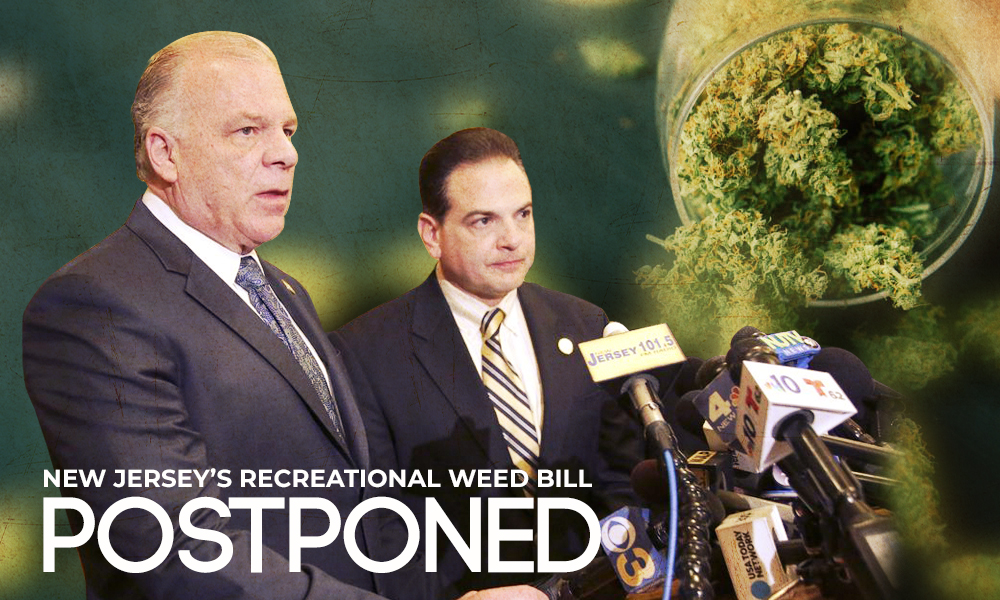 New Jersey’s Recreational Weed Bill has Been Postponed, but for how Long? 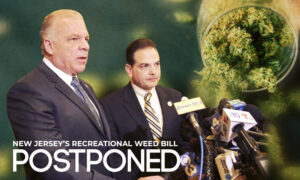 A recreational weed industry in New Jersey would pull in epic profits and a tax windfall if done right. That’s particularly attractive considering the difficulty the state has had over the years in balancing its budget. Cannabis entrepreneurs and business professionals have been eyeing the market for some time. This is the most densely populated state in the nation, with a high cost of living, high incomes, and an educated populace.

Moreover, it’s proximity to New York City and Philadelphia means oodles of out-of-state cash could line pockets and state coffers. Analysts estimate New Jersey could rake in $1 million, should it legalize before its neighbors. All of this and yet, the vote on legalization has been delayed.

State Senate President Stephen Sweeney (D-Gloucester) announced on March 25 that his chamber fell short of the votes required. Note that the Democrats have majorities in both houses of the legislature. Advocates shared their disappointment with the media. They have been lobbying for years, decrying the state’s drug laws are unfair to minorities. These communities suffer higher arrest and incarceration rates, even though cannabis use is more or less uniform across demographics.

Sweeney said that although they were disappointed, significant progress had been made. He said that Democratic Governor Phil Murphy had worked tirelessly with himself, Assembly Speaker Craig Coughlin (D-Middlesex), and social justice leaders to try and get the bill passed. Murphy had been whipping up support for the bill for over a month. It was, in fact, Democrats representing urban areas who were not on board.

They said the bill didn’t do enough to remediate their constituents criminal records. That and pot shops in their communities might become more of a burden than a boon. Two key points Murphy had said he wants to address are helping minority entrepreneurs gain entryway into the market and expunging the records of those convicted of low-level, cannabis-related crimes.

When Will They Vote Again?

“This fight is not over,” Sweeney said. “We need to learn from this experience and continue to move forward. While this legislation is not advancing today, I remain committed to its passage.” Coughlin said the state got closer than ever before to legalization and that he’d continue fighting to make it happen. Sweeney announced that a vote wasn’t going to occur until June at the earliest. More likely, it’ll happen after November’s election, perhaps sometime in December.

If it doesn’t pass then, New Jersey officials could put the matter in front of voters in the form of a ballot referendum, next year. This is how the vast majority of states have legalized. Only Vermont legalized legislatively. Yet, the Green Mountain State doesn’t have recreational shops. So would it pass if left up to voters?

How do New Jerseyans Feel?

According to a Rutgers-Eagleton Poll conducted last October, state residents are behind the measure. 58% of respondents said they support legalization for adult use. 79% said those who have endured a low-level, cannabis-related charge should have their records expunged. Slowly, support has grown over the past 50 years.

Interestingly, half of the adults polled said they have tried cannabis, and 25% said they’d consider using it, should it be legalized. Although a number of New Jersey towns have already banned recreational dispensaries, 64% of respondents polled said they wouldn’t be bothered if such a shop opened in their town. A similar national Gallup poll early last October found that 66% of Americans back legalization.

Although lawmakers in the Garden State continue to struggle to pass a recreational bill, considering those poll numbers, a ballot referendum would certainly pass. As such, legalization is more or less assured. The timeline, however, is in question. Will New Jersey legalize before New York and Pennsylvania? Only time will tell.

Once the program is up and running, processors in the state are likely to turn to Ai Vacuum to finish and polish their products. This is an industry leader in botanical refinement equipment. Consider one of our jacketed, glass reactors. These are perfect for winterization, decarboxylation, and pesticide remediation.

Our 20-liter reactor is an excellent choice for such applications. The glassware is food-grade, high borosilicate glass 3.3. This is among the highest quality glass on the market today. It’s resistant to heat, cold, and corrosion. The reactor has a wide temperature range, too. It can go from -110°F to 400°F. Multi-layer stirring blades allow you to optimize your results, while PTFE sealing components mean the reactor will last a long, long time.

If you’re into distillation, one of our short path kits is what you need. Our 5-liter model is a great place to start. Each piece of glass is comprised of heavy-wall, high borosilicate glass 3.3. This provides exceptional heat, cold, and corrosion resistance. A large vacuum jacket and increased head diameter means that fractioning is extremely efficient, and the head will never clog. PTFE thermo inlet adapters and Viton gaskets mean the kit was built to last.

For solvent reclamation, we suggest one of our exceptional rotary evaporators. Our 10-liter model is commonly used. It’s easy to program, resilient, precise, and churns out perfect, uniform results after each use. A specially designed motor and worm gear offer quiet, consistent, vibration-free rotation at speeds of 100 to 180 rpm. It has a digital water bath that goes from ambient to 99°C (210°F). And the water bath has a PID controller that is remarkably precise, stepping up the temperature at 0.1°C increments.