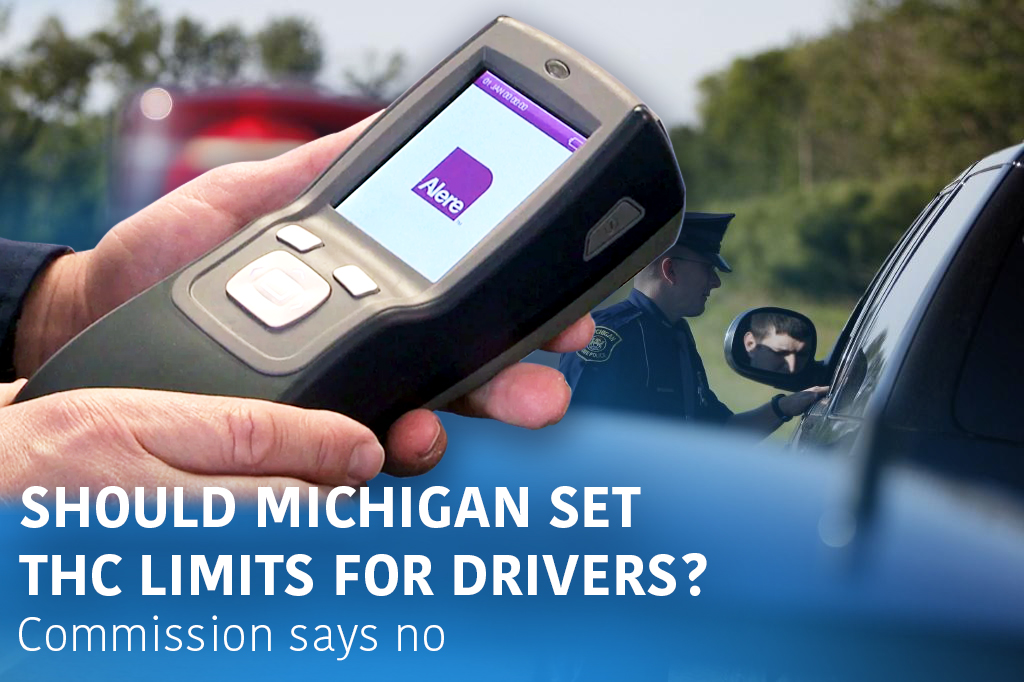 Should Michigan set THC Limits for Drivers? This Commission says no 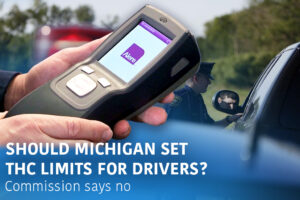 Few things shake a driver who’s had a drink or two like a roadside sobriety check. Those who have been less responsible have more to worry about. Unfortunately, in those states where cannabis is legal, such as Michigan, politicians and law enforcement officials are having trouble pinning down how to flag stoned drivers. At issue is that THC, the intoxicating component of cannabis, doesn’t behave like booze.

While the amount of alcohol in one’s bloodstream indicates their level of intoxication, the amount of THC in the blood doesn’t mean the same thing. Although it’s present, it may not be actively affecting the brain. Because of this, officials have been struggling to figure out how to sort the stoned drivers from those who merely have THC in their system.

In Michigan, at the end of March, The Impaired Driving Safety Commission sent their findings to Governor Gretchen Whitmer (D) and the state legislature. The commission studied THC’s effect on driver’s for two years. They looked at all the scientific findings and conducted roadside sobriety tests–along with the Michigan State Police, before drawing their conclusions.

Norbert Kaminski, a professor of pharmacology and toxicology at Michigan State University, was one of six commissioners tasked with this mission. He told the Lansing State Journal that “The only reasonable way to do this right now is to demonstrate that people are impaired.” He called blood THC levels a “very poor correlation” with intoxication. Instead, he and fellow commissioners believe a roadside sobriety test would be the most logical approach “based on the state of the science.”

On average, it takes the human body an hour to metabolize one ounce of alcohol. Meanwhile, THC falls to about half its level in the bloodstream six to 10 minutes after consumption. THC, being fat soluble, actually stays in the body for up to 30 days, while alcohol exits the system rather quickly. What’s more, everyone metabolizes cannabinoids differently, meaning a standard metric wouldn’t apply.

Currently, Michigan has a zero-tolerance policy. As such, any level of THC found in the bloodstream while operating a motor vehicle is considered illegal. In light of these findings, that policy needs to change. Now, it’s up to the governor and the legislature to enact a more common sense approach.

Without a Test, How Would Intoxication be Determined?

This all runs counter to convention. Six states today have THC thresholds for intoxicated driving. Colorado, Montana, and Washington State say motorists can legally have five nanograms of THC in their bloodstream or below. Above that is considered intoxicated. In Ohio and Nevada, it’s two nanograms, and in Pennsylvania, just one nanogram. This is similar to the 0.08 blood-alcohol limit, above which is considered driving under the influence.

If the commission’s findings become law in Michigan, things would be different. Police officers who found someone driving erratically or who pulled someone over and thought they might be intoxicated would have to perform a roadside sobriety test similar to the one for alcohol. The driver would be made to walk a straight line heel to toe. They’d have to stand on one leg, holding it six inches off the ground while counting to 30. And they might be forced to follow a light with their eyes, among other such tests.

Should a driver be found too impaired to drive, that motorist might be taken into custody or even arrested. Any evidence the officer finds would be turned over to a prosecutor, who would determine whether or not to bring charges. Absent of a blood test, the evidence used in such a case would fall entirely on the sobriety test and the police officer’s observations, making it more difficult for such charges to stick.

With more and more states legalizing medical and recreational cannabis, more nuanced approaches particular to the plant must be put in place. Also, more entrepreneurs will be entering into micro-markets across the country. This includes processors. These operations will sooner or later be looking for post-harvest equipment to finish and polish their products. They often turn to Ai Vacuum to fulfill those needs. This is one of the top manufacturers of post-processing equipment in the industry.

Few things are as hard on a vacuum pump as finishing extracts. Want one that can go the distance? Consider the ULVAC DC-41 diaphragm pump. It’s a superb choice for rotary evaporation and off-gassing applications. Its two-stage PTFE diaphragms resist corrosive substances and solvents. It’s oil-free, saving you time and money on maintenance. AND it’s UL/CSA certified, so you’re in compliance right off the bat.

A Stirrer & a Cold Trap

Need a stirrer? Look no further than our HP7 one-gallon magnetic stirrer. Perfect for stirring distillate, it’s one of the hottest and fastest stirrers on the market today. It heats up to a maximum of 350°C and spins up to 2,000 rpm. It’s also extremely accurate, thanks to two thermocouples. You can measure either the temperature of the plate or the inside of the vessel. It can also hold up to a gallon of liquid, too! Best of all, UL/CSA certification is available for this unit.

Lastly, are you tired of replacing the dry ice in your cold trap? Here’s one that requires no dry ice at all! Check out or new T1 cold trap. Set up takes mere minutes. It has a small footprint, so it doesn’t take up much room. It’s easy to clean and maintain. The cold trap even comes with its very own scissor jack, making removing the collection flask a snap. It’s important to use a cold trap to help preserve your vacuum pump. Why not pick one that’s easy to use, to maintain, and that will save you time and money?