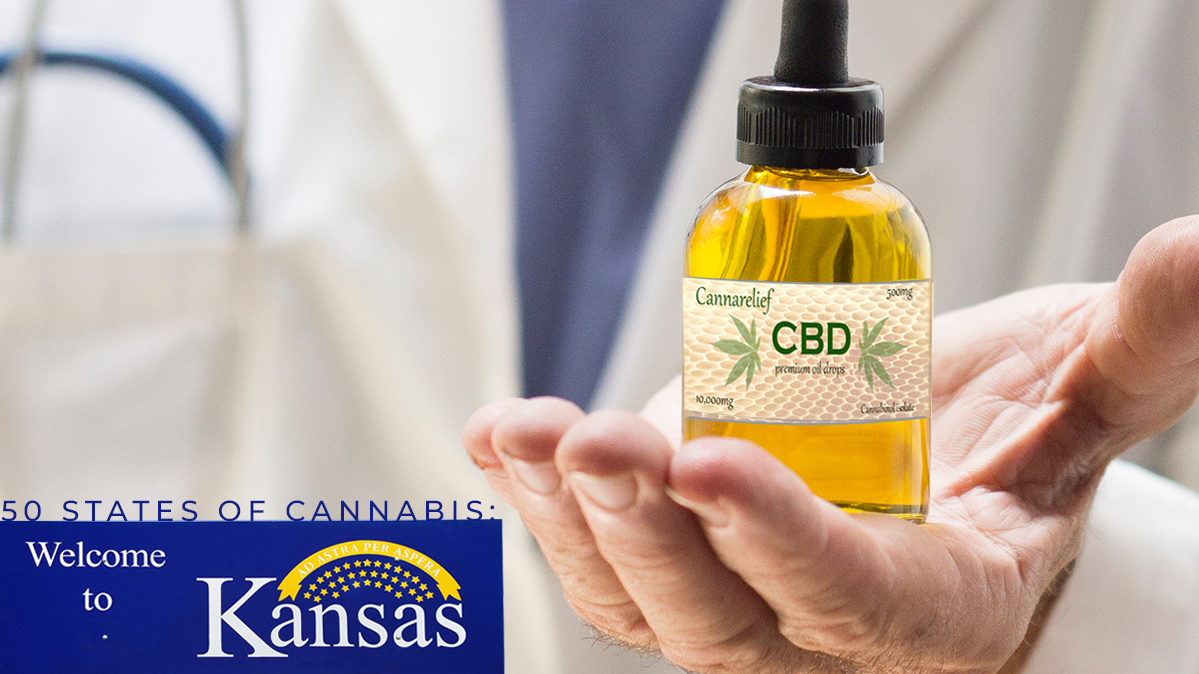 The 50 States of Cannabis: Kansas 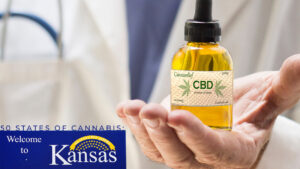 Can you get CBD oil in Kansas? Find out below.

Kansas is a Holdout

You won’t see a recreational dispensary in this state anytime soon. Kansas has some of the strictest laws in the country. Up until recently, the Sunflower States’ cannabis laws looked like they hadn’t changed since 1927. That was the year the drug was first outlawed, mostly out of xenophobia of Mexican immigrants coming in waves to the US for work. Cannabis use was associated with this particular ethnic group at the time.

In Kansas, possession is a Class B felony. Those caught with it could face a $2,500 fine and up to a year imprisonment for a first offense. In 2015, Wichita voters approved an easing of penalties for possession. A first-time offense with a small amount would result in a $50 ticket. That same year, the state legislature voted to pass a medical cannabis bill, which died in the Senate. While the state has continued to liberalize, recreational cannabis is not expected to come to Kansas for quite some time.

As for medical cannabis, in 2015 a bill that would’ve allowed industrial hemp and limited production and sale of CBD oil was introduced into the state senate. But the bill found no traction. Families with children suffering from treatment-resistant epilepsy and other serious conditions continued to advocate for medical cannabis, particularly low-THC, CBD oil.

What’s the Status of CBD?

As with many other markets, operators in Kansas began selling CBD a few years ago. Although the state hasn’t confronted them, the act is technically illegal. This and advocacy have seen some change, however. In May 2018, Republican Governor Jeff Colyer signed into law a very limited medical cannabis law.

The sticking point is, possession and sale of CBD products became legal, as long as the product contained zero percent THC. CBD is usually derived from hemp, which often contains 0.3% THC or less. Trouble is, this is not zero percent, which technically could make it difficult for patients to gain legal access. However, CBD has flooded this market, as with other places, and remains largely unregulated.

Unlike other programs, the Kansas law does not specify any qualifying conditions. As such, it’s legal for any adult in the state to purchase or possess a CBD product devoid of THC. Democratic Governor Laura Kelly taking office after the last election has signaled that things may change. While the previous governor was against medical cannabis, Kelly says she’s for it. Should Kansans embrace medical cannabis, Ai Vacuum will be there to supply processors with the best post-processing equipment to finish their CBD extracts.

To learn more about the situation in Kansas today, click here: