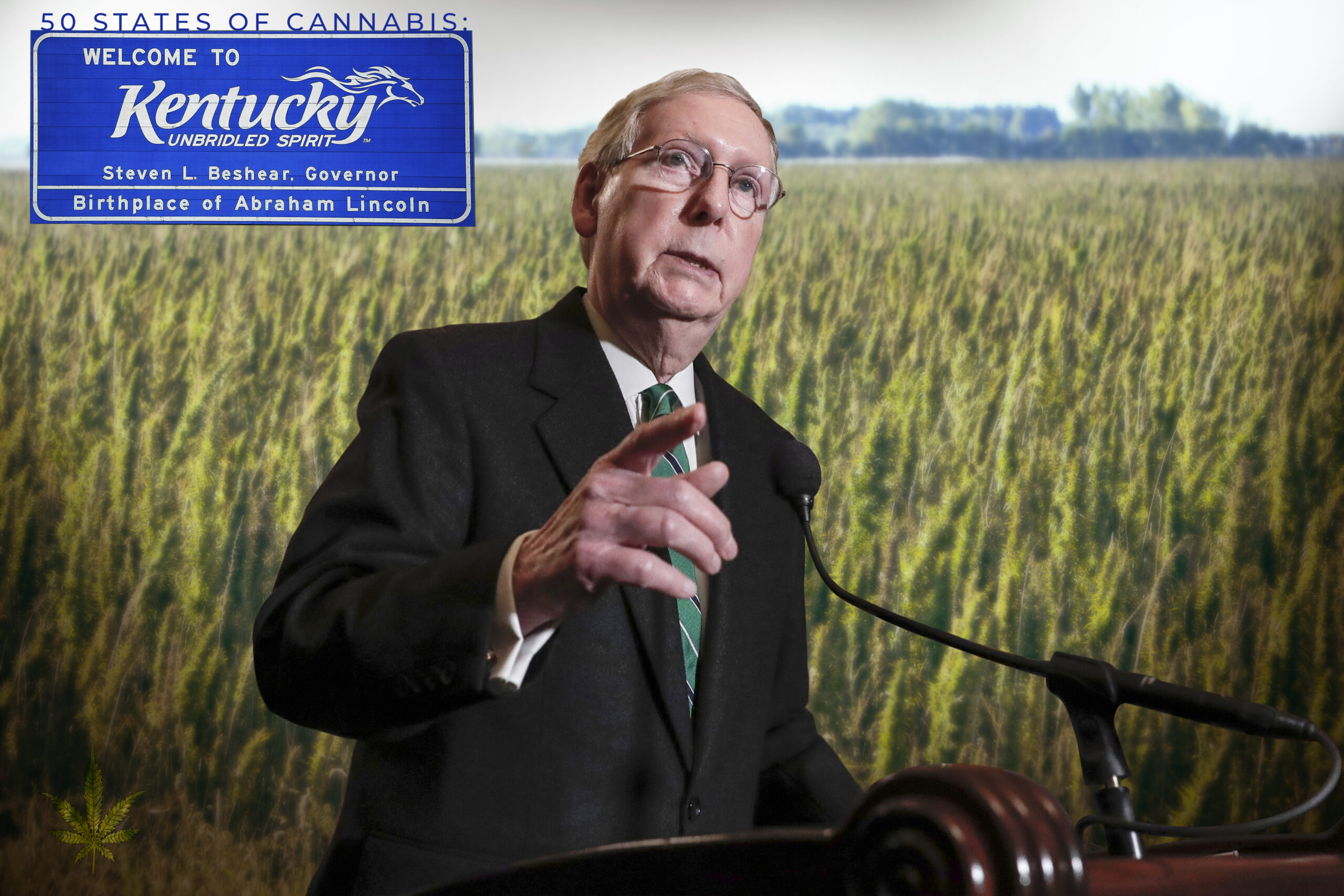 The 50 States of Cannabis: Kentucky 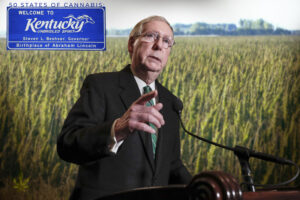 Mitch McConnell has advocated for hemp but against cannabis.

A Long History of Hemp Cultivation

Farmers in the Bluegrass State started growing hemp in 1775. The plant quickly became an important cash crop for the state’s agricultural industry. The practice lasted for generations until it was made illegal–along with cannabis, in the early 20th century. The 2014 Federal Farm Bill saw a return of limited hemp production in the state. And the 2018 Farm Bill went one step farther. It legalized industrial hemp and hemp-derived products nationwide. So now, large-scale hemp cultivation has returned to Kentucky in a big, big way.

Cannabis, however, remains highly illegal. Currently, trafficking or sale of fewer than eight ounces is considered a Class A misdemeanor. A first offense is punishable by up to one year in prison and a maximum fine of $500. Although adult-use is far off for Kentuckians, a more robust medical program may be on the horizon. In 2014, Democratic Governor Steve Beshear signed into law a limited CBD program. CBD was to be extracted from hemp plants grown in-state.

Lawmakers said they were moved to do something. Overwhelming anecdotal evidence suggests CBD can help lessen the frequency and severity of seizures in children with rare, treatment-resistant, epileptic conditions. Only physicians at two of the state’s research hospitals, one at the University of Louisville and the other at the University of Kentucky, can prescribe and distribute CBD. Although it looked like progress, cannabis advocates say that without legislative reconnoitering, it’s unlikely patients can gain access to CBD.

Republican Governor Matt Bevin, who took office in 2015, said he wouldn’t allow cannabis legalization to occur. Even so, he adopted an expanded medical program as part of his campaign. The bill introduced that year would give doctors the ability to prescribe medical cannabis. But it failed to gain traction.

In January 2017, State Senator Perry Clark (D) introduced a bill to end cannabis prohibition and tax and regulate it. It was never brought up for a hearing. In November that same year, Senate Majority Caucus Chairman Dan Seum (R) announced that he would sponsor a bill to regulate and tax cannabis for adult-use. The bill went nowhere.

On March 7, 2019, the Kentucky House Judiciary Committee passed a medical cannabis bill, HB 136, by a 16-1 vote. This occurred one week before the legislative session ended. The full House did not take up the bill. Its likely lawmakers will revisit the issue in the next legislative session. The bill, if passed, would set up a regulatory structure for a statewide program, allowing for production, processing, distribution, and retail dispensation.

Smoking would be illegal. But card-carrying patients could access medicine in the form of pills and oils. Home growing was stripped from the bill to help improve its chances of passage. Lawmakers also moved to limit the number of qualifying conditions. Those left in the bill include chronic pain, epilepsy, nausea, and several debilitating conditions. Still, the bill’s passage remains in question. Should it pass, Ai Vacuum–the premier post-harvest equipment provider in the extraction industry, will be there to serve the needs of the state’s processors.

To learn more about the medical cannabis situation in Kentucky, click here: