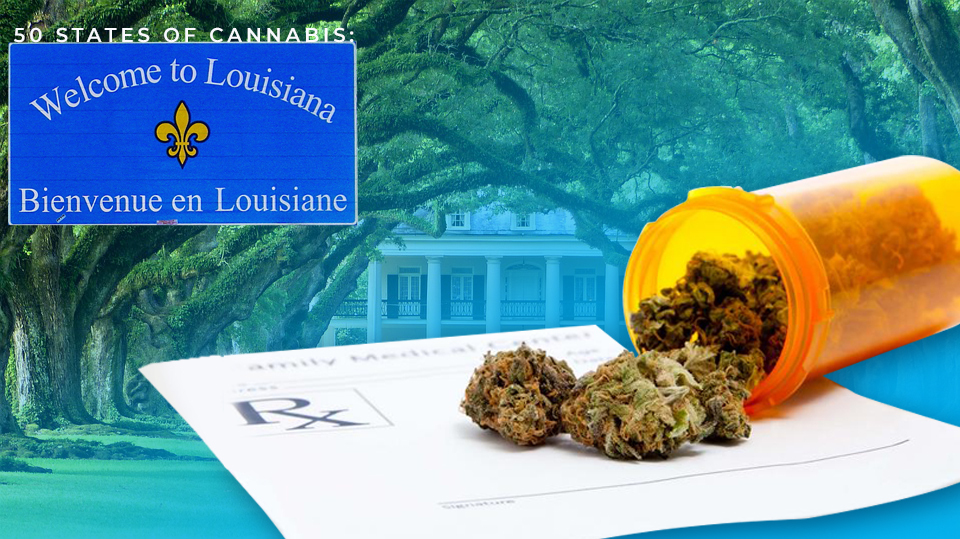 The 50 States of Cannabis: Louisiana 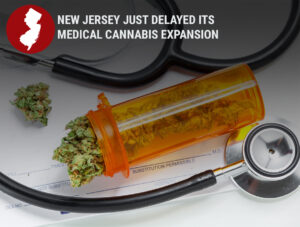 Recreational cannabis is nowhere near becoming a reality in Louisiana. For first offenders, possession of 14 grams or less is punishable by up to 15 days in prison and/or a fine of up to $300. While traditionally, it’s had some of the harshest drug laws on the books, some advocates believe Louisiana will eventually legalize adult-use, to help pull the state out of debt. That won’t be anytime soon.

According to a recent ACLU report, Louisiana has the highest number of incarcerations for nonviolent crimes in the country. Many behind bars are there for minor offenses involving cannabis. Despite its dim view on the recreational kind, the state has had a long history with the medical variety, starting in 1978. Back then, Democratic Governor Edwin Edwards signed into law a bill legalizing access to medical cannabis for glaucoma patients and those undergoing chemotherapy.

That law mandated the creation of a Marijuana Prescription Review Board. Its members were to be appointed by the secretary of the Department of Health and Human Resources. Although the board was supposed to oversee and regulate all aspects of the program, the health department let the matter drop. No follow through occurred. So, the program stagnated and withered away.

In 1991, the state legislature amended the original law to include spastic quadriplegia. This is a type of cerebral palsy. One pernicious symptom is chronic muscle stiffness. Cannabis provides relief from this. The legislature tried to goose the health department into action by putting a deadline on when such a program should be in place.

While the legislature enacted a deadline of January the following year, the health department didn’t finalize regulations until August 1994. And although the health department’s rules allowed for doctors to prescribe cannabis to patients with qualifying conditions, it failed to permit the cultivation, distribution, and dispensation of cannabis and related products. In 2014, another push came. This was the same year several states ushered in a medical cannabis law, including Minnesota and New York.

This time, Republican State Senator Fred Mills, a pharmacist, sponsored a bill that set up a legal framework for cultivation, prescription, and dispensation. In 1998, he became the executive director of the Louisiana Board of Pharmacy. In that role, he received a number of calls from doctors asking how to prescribe cannabis. Despite his efforts, the state’s attorney general and the Sheriff’s Association opposed the bill, and it died in committee in a 6-2 vote.

Senator Mills sponsored another bill the following year, similar to the first Concerning to some was the fact that under this bill, medicine could only come in the form of oils or pills. Vaporizing, smoking, and edibles were not permitted. The 2015 bill passed both chambers of the legislature and was signed into law by Republican Governor Bobby Jindal.

Louisiana’s program continues to be slow going. The law made it so the only two legal cultivation sites would be allowed. These are agriculture centers at Louisiana State University and Southern University. Each has selected a corporation to cultivate the product that’ll be used for medicine. LSU has a contract with GB Sciences and SU with Advanced Biomedics.

Just 10 dispensaries have been licensed to service the state, and only nine doctors are allowed to prescribe it. Officials say the program should be up and running by May 2019. But the state may miss this deadline as well. Should producers in the state require equipment to finish and polish their products, they’ll likely turn to Ai Vacuum for their post-processing equipment needs. This is the premier post-harvest equipment provider out there today.