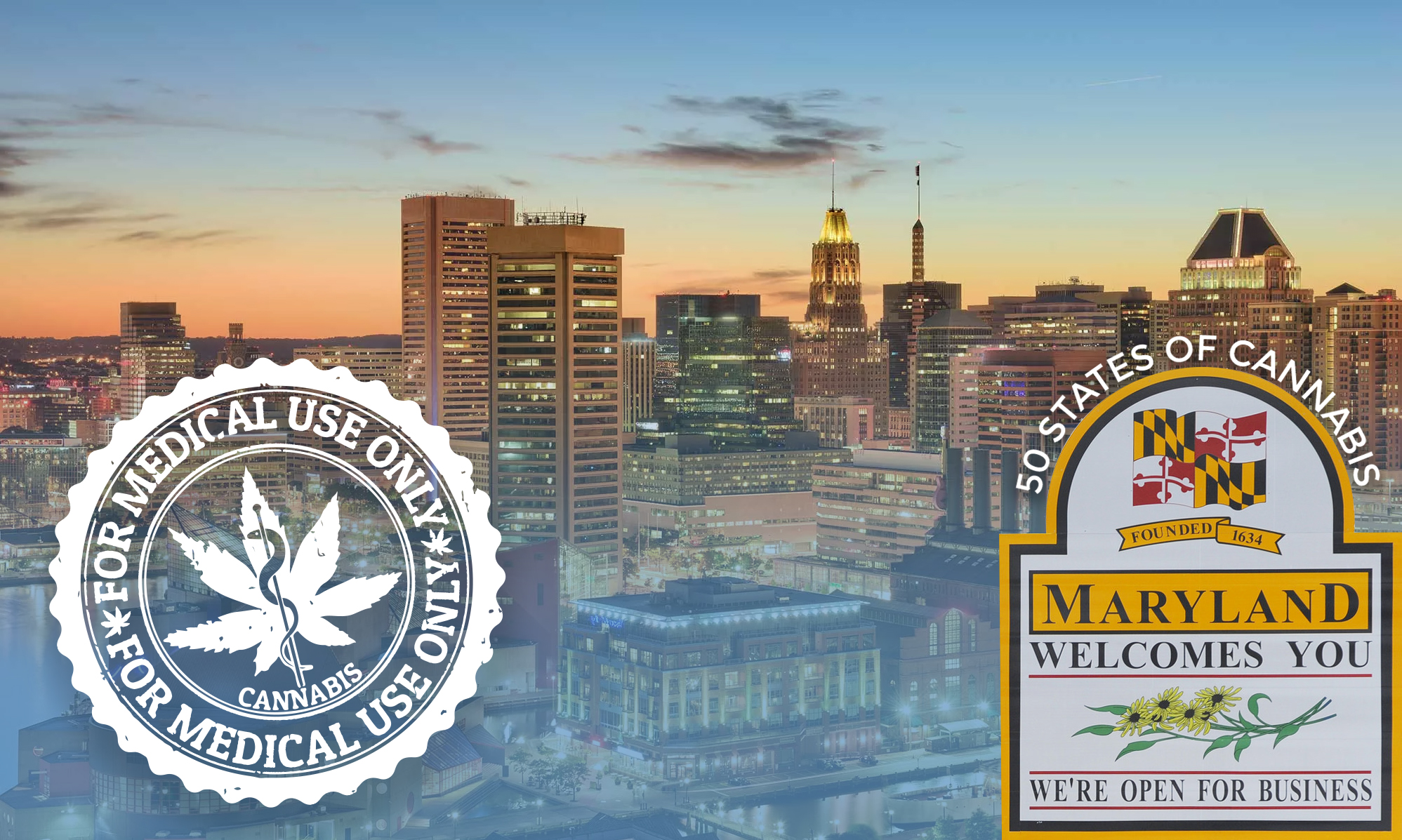 The 50 States of Cannabis: Maryland 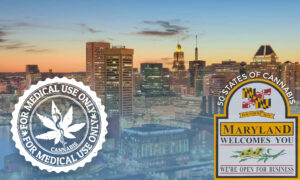 In 2013, Maryland’s General Assembly passed a medical cannabis bill. This was signed into law by then-Democratic Governor Martin O’Malley. But it wouldn’t be until 2018 that such a program was in place. The state quickly formed the Maryland Medical Cannabis Commission. But the commission soon became overwhelmed by the process.

For instance, while only 94 dispensary licenses were allowed by law, the state had to wade through 500 applications. 15 cultivators were selected out of 150, and 15 processors out of 150. Seven of these companies were in fact, producer-processors. Then, after licenses were awarded, the state was hit with a flurry of lawsuits crying bias in the licensing process. Plaintiffs said those who received licenses had political ties.

Maryland saw one of the longest periods between medical cannabis becoming legal and the program going live. And now that it’s in place, all things aren’t rosy. Some see it as a restrictive program. Home cultivation is not allowed, for instance. While patients can get a 30-day supply at a dispensary, edibles aren’t allowed either. Today, patients must get a written certification from a commission-approved physician, in order to be admitted to the program. They’ll need to register their ID online and receive a medical card. A card costs $50.

Qualifying conditions include chronic pain, severe or persistent nausea, seizures, anorexia, PTSD, glaucoma, and severe or persistent muscle spasms. Also, patients who have a debilitating condition and are admitted to hospice or are receiving palliative care, are allowed access. In addition, patients who have a severe and chronic medical condition who do not respond to traditional treatments, and who “reasonably can be expected to be relieved” by cannabis, may become part of the medical program.

Before 2014, Maryland had one of the highest arrest rates for cannabis possession in the country. Civil rights advocates pressured the state, pointing out that African Americans were 2.9 times more likely to be arrested for simple possession than whites. As a result of this and changing attitudes towards cannabis, Governor O’Malley signed a decriminalization law. Those over age 21 caught with 10 grams or less would face a civil rather than a criminal penalty. They’d pay a fine, rather than face prison time.

In 2016, the Democratically controlled General Assembly overrode Republican Governor Larry Hogan’s veto, decriminalizing cannabis-related paraphernalia. This law includes rolling papers, pipes, bongs, and so forth. Lawmakers set a $300 threshold before authorities could seize such paraphernalia. This law also decriminalized smoking cannabis in public, which would result in a fine rather than possible imprisonment.

A legalization bill was introduced into the legislature in 2017. This would allow the state to regulate and tax cannabis, thereby setting up a marketplace. Adults age 21 and older would be able to possess up to an ounce or grow up to six plants at home. A $30 excise tax per ounce would be levied on cultivators, and a 9% sales tax on buyers–the same rate as alcohol. Unfortunately, it was never brought up for a vote.

In 2019, the city of Baltimore announced it would no longer prosecute cannabis related crimes, regardless of the criminal history of the alleged perpetrator or the amount found. The city announced such arrests were comprised almost entirely of African Americans. This is Maryland’s largest city. It’s also primarily black.

Also in 2019, two Democrats, Senate President Mike Miller, and the late House Speaker Michael Busch created a working group to study the best way to implement legalization. Their findings are supposed to be released on December 31, 2019. This occurs right before the beginning of the 2020 legislative session. The group will discuss how the state should license and tax, the impact on public health and the criminal justice system, and how to encourage woman and minority-owned enterprises.

Another pair of bills sponsored by Democrats, Delegate Eric Luedtke and Will Smith, would create a legal market for adults age 21 and over, and expunge the records of offenders who have a cannabis conviction. What’s more, Democratic Del. David Moon has introduced a bill that would propose a state constitutional amendment to legalize adult use. But this would require voter approval in 2020.

Now that Maryland appears to be opening up, it’s likely that more consumers will engage with the medical and someday, a recreational market. As such, Ai Vacuum will be there to cater to the needs of processors and producer-processors. This is one of the leading post-processing equipment providers in the industry. They have items such as rotary evaporators, short path distillation kits, vacuum ovens, jacketed glass reactors, and more.

If interested, feel free to contact our salesperson for Maryland, Daniel Demetz at 1-888-988-0899 ext306.  or email him at daniel@acrossinternational.com.