The Best Cannabis Stocks to Invest in, in 2019 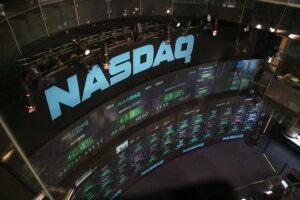 It’s an old capitalist paradigm that the working classes make money through wages, while the upper classes do so through investment. It takes money to make money, the old saying goes. Of course, you have to invest significantly or be extremely lucky to work your way up from nothing this way. Still, with the way the cannabis industry is on fire lately, it may be possible to make a significant sum from such investments, should everything fall into place. The excitement and growth in this space is causing many serious investors to consider pot stocks.

Just to be clear, buying stock in cannabis-based companies is risky. In the US, the substance remains banned by federal law. While it appears that the overarching trend is toward legalization, the federal government could easily shut down these micro-markets and enforce the Controlled Substances Act. Moreover, the Trump administration has sent mixed signals on state-legal programs.

Although the president has several times claimed that he’d leave such programs alone, the administration rescinded the Cole Memo, which assured no federal raids on state-legalized programs. It was also revealed recently that the administration was looking into ways to begin rolling back this liberalized atmosphere. With all this in mind, it’s no wonder cannabis stocks are penny stocks. Still, should you be lucky enough to back a company who survives and thrives, if and when legalization sweeps the nation, it could bring you a considerable profit.

It’s no secret that the stock market is experiencing headwinds, due to a larger global economic slowdown and the growing fear of an impending interest rate hike. That being said, cannabis is the fastest growing industry in the US, and many more countries around the world are liberalizing. In fact, market volatility may make pot stocks more appealing. Although risky, so far the overarching trend is toward liberalization. As such, analysts are uncharacteristically bullish about such stocks. So who should you add to your portfolio?

Tilray cultivates and processes medical cannabis. It sells dried flower and extracts to medical markets in Canada, Australia, and Europe. In Canada, it sells directly through an e-commerce site and the telephone. A number of pharmaceutical distributors also sell their products.

The company was among the first to gain cultivation licenses in Canada and Portugal. It now has distribution agreements in 12 countries. 29 nations now allow medical cannabis. As a result, the company is already collaborating with pharmaceutical giants Novartis and Sandoz, and plans to expand partnerships to penetrate those markets.

It’s also working with Authentic Brands Group for a widespread marketing campaign, and it recently acquired a Chilean production and distribution center. In addition, Tilray made an agreement with Anheuser-Busch InBev to help produce cannabis-based beverages. Tilray’s revenue growth has been reported at 85.8%. Analysts say, their share price could increase 70% this year. Some sunnier predictions see a growth of 150%.

Ever marvel at the packaging that inhabits the shelves and display cases of your local dispensary? This California-based company makes such packaging. As an ancillary business, KushCo, formerly Kush Bottles, isn’t banned from major US stock exchanges.

KushCo has sold over a billion units since its founding in 2010. Today, it services over 5,000 growers, producers, and dispensaries in the US, Canada, Europe, and South America. Over the past few months, it’s been hammering out its IPO. This will be among the first pot stocks that allows for a safe avenue of investment.

Vaping is a huge segment of the market right now and this trend is expected to continue. As such, vaporizer manufacturer Pax Labs is well positioned. Currently, they have a line of popular vapes which utilize cannabis flower. They also have a vape pen.

Since it doesn’t touch the plant, it can be listed on the NYSE. James Monsees and Adam Bowen, who lead the company, are also responsible for nicotine vaporizer Juul, a company which has been valued at around $15 billion.

According to Market Watch, CEO Bharat Vasan recently announced, “To support the rapid growth at Pax, we are planning a large round of funding in 2019 ahead of a potential public offering.” The company raised $20 million from investors in October. Pax plans to go public in 2020.

Most experts agree that we’ve reached a tipping point. Legal cannabis is likely to take more territory in the coming years. As it does, a large number of processors and extractors are likely to enter the market. They’ll need equipment to finish and polish their products. They’re likely to turn to Ai Vacuum for that, the premier supplier of post-harvest equipment.

If you’re looking for something to perform solvent reclamation, turn to one of our industry recognized rotary evaporators. Why not have a look at our SolventVap 20-liter rotary evaporator?It’s reliable, easy to operate, precise, and turning out perfectly uniform results after each use.

It’s specially designed motor and worm gear provides quiet, vibration-free rotation at 100 to 180 rpm. The digital water bath has a wide temperature range, from ambient temperature to 99°C (210°F). What’s more, it’s PID temperature controller is so precise, it can step up the temperature at 0.1°C increments.

Need a stirrer? This one gallon PID magnetic stirrer is one of the most advanced we’ve ever put out. It can hold a full gallon vessel. Not only can it hold more, but it’s faster too! The flea spins at a maximum speed of 2,000 rpm. Its great for stirring viscous materials, such as distillate. It gets hotter than previous models too, with a maximum temperature of 350°C. That’s far hotter than the industry standard.

Want to make a solventless concentrate? We have an entire line of heated presses. One of the most popular is the Ai 3 x 2″ pneumatic heat press. With dual, built-in digital thermometers and heaters, you can precisely control the temperature your transfer takes place at.

It has dual heating platens for better temperature uniformity, dual LCD temperature controllers that display in Fahrenheit or Celsius, and a digital timer and alarm, for optimal results. It’s easy to set up, too. Simply hook up an air compressor and you’re ready to go.

To learn more about pot stocks to invest in this year, click here: