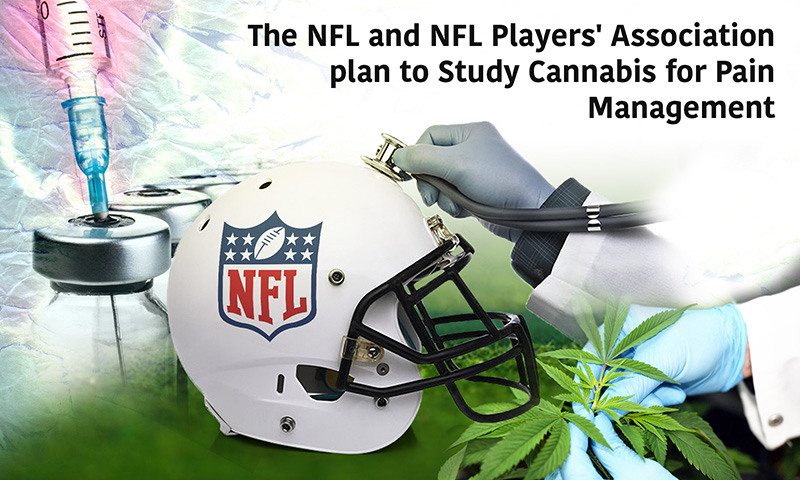 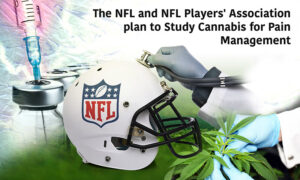 Should the NFL allow players to use medical cannabis?

One of the most exciting parts about professional football is seeing goliaths go head-to-head on the field, delivering crushing blows to the marvel of the crowd. For the players, such continuous trauma comes at a cost. It often means substantial injuries and multiple surgeries. Playing football professionally has been likened to experiencing a car crash over and over. The trouble is, modern medicine doesn’t have many tools to properly manage chronic pain. A lot of players simply live with it for life. And so, long-term solutions are wanting.

It isn’t just when players retire that they manage such pain, but when they’re on and off the field, while in training, and on and off-season. Athletes are known to take half a dozen ibuprofen or acetaminophen before a game. When over-the-counter options don’t work, they see a doctor who prescribes opioid painkillers. Short-term, these medications are effective and have a good safety profile. It’s when patients take them long-term that problems arise. Sooner or later, the patient is likely to build up a tolerance.

Why Is Cannabis Better?

When a patient establishes a tolerance, they’re often prescribed a higher dose. But patients sometimes increase their dosage themselves to overcome pain. This is a recipe for addiction. It might also be a slippery slope, inching the patient closer and closer toward an overdose. This is particularly true with professional athletes, who often receive a cocktail of such medications.

Some chronic pain sufferers, in states with medical cannabis programs, supplement or even supplant opioids with cannabis. In the NFL, there has been one player caught doing so, and several others who have come out in favor of the move after retiring. This has caused controversy, since the NFL’s policy on substance abuse doesn’t allow players to use cannabis, even in states where it’s legal.

Running back Mike James got in trouble with the NFL for choosing medical cannabis over opioids. He said cannabis was the only thing that eliminated his pain, yet let him stay clear headed. James received a therapeutic use exemption. But he was also released from the Detroit Lions. He’s now a free agent. James was the first, current, pro football player to admit using cannabis for pain control. He recently told his story to Dr. Sanjay Gupta on CNN’s documentary “Weed 4: Pot vs. Pills.”

Many former players have also come forward in support of medical cannabis for pain control. Former offensive lineman Jamie Brown was one. He played for San Francisco, Washington, and Denver during his career. Not only did he start using cannabis for pain management after retiring, he began advocating it.

As a result of this and several news reports on the subject, The NFL and the NFL Players’ Association recently made a startling announced. They will form two new joint medical committees. These will investigate a few different strategies to help players with pain management, including cannabis use. The league says it needs more data before making any changes to its policy. Note that this announcement comes before Collective Bargaining Agreement negotiations.

Each team will be required to have a “pain management specialist” and a “behavioral health team clinician,” on staff. What’s more, several medical summits will take place this summer to discuss the issue. Some believe the league will eventually follow the NHL’s lead, where drugs are tested for, but only to recognize addiction and get players help. NFL Commissioner Roger Goodell said that he’d consider changing the league’s stance on cannabis use but “…only if that practice were to be established as valid by medical and scientific experts.”

As more states accept medical cannabis for athletes or otherwise, more post-processing equipment will be needed to finish products. That’s where Ai Vacuum comes in. This is the premier provider of botanical refinement equipment. Need to reclaim solvent? Pick up one of our rotary evaporators. They’re prevalent throughout the industry.

Our 20-liter model is commonly used. It’s precise, efficient, sturdy, and reliable. Its specially designed motor and worm gear offer quiet, consistent, vibration-free rotation at speeds of 100 to 180 rpm. Another important feature is a digital water bath. This goes from ambient temperature to 99°C (210°F). The bath has a PID controller that’s so precise, it steps up the temperature at 0.1°C increments.

If distillation is your game, select one of our short path distillation kits. Our 5-liter is popular. Why? Each glass piece is made of heavy-wall, high borosilicate glass 3.3. This type is excellent for resisting heat, cold, and corrosion. Its large vacuum jacket provides extremely efficient fractioning. And an increased head diameter means no chance of clogging. What’s more, PTFE thermo inlet adapters and Viton gaskets allow the kit will hold up, even against the most corrosive applications.

If you’re looking to off-gas a hydrocarbon or solvent, purchase one of our award-winning, AccuTemp vacuum ovens. Our 3.2 cu ft. model is a good choice. What sets these ovens apart? Five-sided heating technology is one feature. This offers outstanding temperature uniformity and unparalleled control. Our ovens heat up rapidly and can hold vacuum 10 times longer than the industry standard. They even hold a higher ultimate vacuum. This is due to internal, stainless-steel tubing. Whatever your post-processing needs, Ai Vacuum is there to provide high-quality equipment and the best customer support.

To learn more about cannabis and the NFL, click here: