!-- Google Tag Manager --> Understanding the difference between Wipers and Rollers 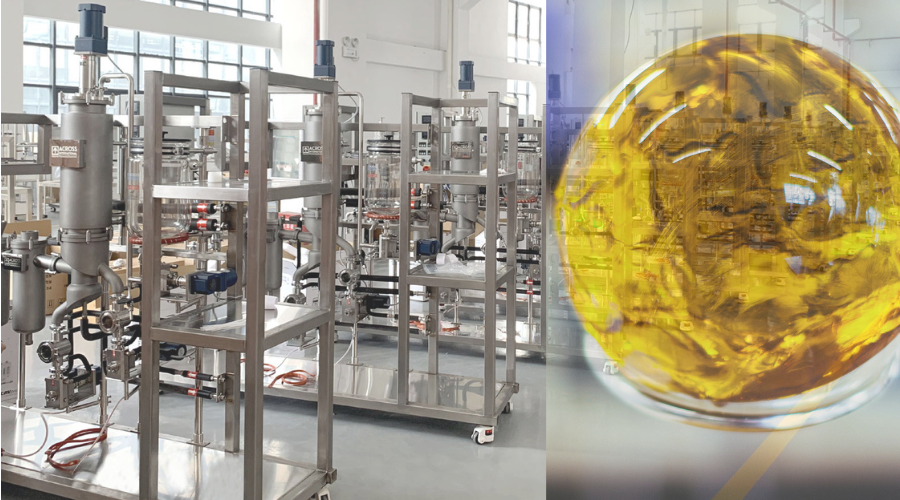 Within the realm of fractional distillation there are many equipment options, as well as specific configurations. Navigating all of these choices can be a daunting task, but we are here to help.

Thin Film Evaporators are one of the most popular pieces of equipment for producing cannabis distillate. Within these units, a thin film of material is spread around a heated surface, the spreading ,or wiping, allows for more efficient and consistent evaporation, as compared to other distillation methods. When purchasing a thin film evaporator, the option of wipers or rollers is often given, but what are the pros and cons to each?

Wipers are a great option when precision and quality are the main focus. The construction of the wiper blades allows for a finer film to be created than with rollers. This, along with the varying rpm speeds, can also allow for much greater control of the resonance time. Spring tensioned wipers, and segmented wipers, allow for even more efficiency. The only points of consideration when operating wipers are that they should not be run dry, this can wear the wipers out as well as damage the machine.

Rollers are a great option when through-put and ease of operation are the main focus. Most roller systems are not spring tensioned, and even on those that are, the film created is not as thin, or as exact, as that of wipers. Because of the nature of the roller, it relies on centrifugal force to engage the still body and create a film, these rollers also generate a moderate amount of noise while operating. Despite the minor limitations on film quality, the rollers offer many benefits, such as being able to run dry, are easier to maintain and replace, as well as being great for faster and less delicate processes.

At the end of the day, a Thin Film Evaporation system utilizing either Wipers or Rollers will provide high quality distillate. Wipers tend to provide a finer film and create less noise than rollers. Whereas rollers tend to provide more ease of operation.