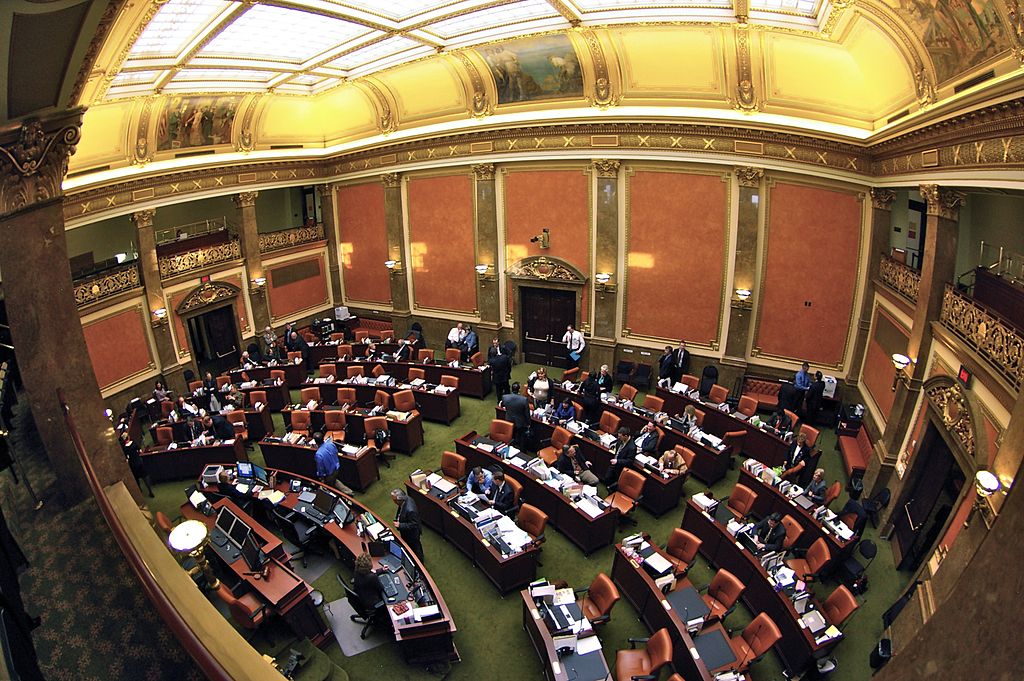 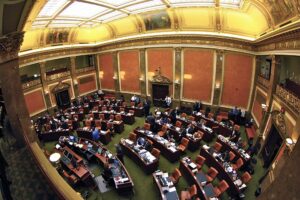 Utah is one of the most conservative states in the nation, which is what makes its recent deal on medical marijuana is so impactful. State politicians and officials of the Church of Latter-day Saints (LDS), the Mormons, announced the deal on Oct. 4. Interestingly, the state itself will distribute cannabis for its program.

A medical cannabis ballot initiative will be put before Utahans in November, Proposition 2. It has long been opposed by the Mormon church. As such, Gov. Gary Herbert has proposed a compromise that will usher in the state’s program. The issue will be brought up in a special legislative session in November. The debate on whether to allow medical marijuana in Utah has dragged on for months. Should Prop. 2 pass, legislators are expected to amend it, bringing it in line with this deal’s terms. The governor also said citizen input was vital to the process.

“Words of Wisdom” is part of the dogma of the Mormon church. It states that church members may not ingest any type of psychoactive substance, be it coffee, tobacco, alcohol, or illegal narcotics. However, cases of patients suffering from serious conditions that can be helped by medical cannabis, have softened the hearts of many Utahans. The state may also fear being left behind.

Unlike with the ballot initiative, the entire program would be state controlled. And while Prop 2 allows for home cultivation, the deal reached by state officials does not. Medical cardholders wouldn’t be able to smoke cannabis, either. Instead, qualifying patients would be allowed to vape, consume edibles, or apply topical creams or lotions. The legal limit would be 56 grams of unprocessed cannabis consumed over a two-week period. Each would contain 10 grams of THC.

30 states so far have passed medical marijuana laws. Missouri may be next. Meanwhile, Michigan and surprisingly North Dakota have ballot initiatives to legalize recreational cannabis. Michigan has a good shot at doing so. If it does, it’ll be the first Midwestern state to do so.

Different from all the Rest

In Utah, a centralized state-controlled pharmacy would be established. This would fill orders for medical marijuana, which would then be sent to local health departments, where qualifying patients could go and pick them up. Though other states have suggested such a plan, Utah is the first expected to enact it. Under the deal, a limit of five state-run dispensaries would be created.

In Utah’s program, a physician might prescribe medical cannabis to a patient with a qualifying condition. The doctor would request the prescription be filled, on the patient’s behalf. After consulting with the patient, the physician would decide the proper dosage. An electronic tracking system would then verify that the patient is eligible for medical cannabis. In the next step, a state agent reviews and processes the order and ships it out. The medication would then arrive at a health department facility in the patient’s area within 24-hours, where he or she could pick it up, after showing their state-issued I.D. card.

Five private dispensaries are allowed under the deal, serving rural areas. Should the state fail to meet certain deadlines for setting up its distribution center, the number of private dispensaries would increase from five to ten. If the state fails to set up its system by Jan. 1, 2021, two more dispensary licenses become available. If it fails again the following year, starting January 1st, an additional two licenses would be released.

Utah officials believe they are setting a precedent for other states to follow. The fear of running afoul of federal law, as cannabis is still illegal federally, was assuaged. State officials had the Drug Enforcement Agency (DEA) weigh in on their program, and give the go-ahead. While many medical cannabis advocates are skeptical of a state-run system, Utah officials say they’ve developed it in good faith.

Soon, Utah’s medical program will be in full swing, giving opportunities to in-state operators. To create extracts, Utah processors and soil-to-oil cultivators will need to refine their product, and that’s where AI Vacuum comes in. This is the industry leader in botanical refinement equipment. Solvent reclamation is a big issue. For that, we suggest our 20-liter rotary evaporator. It’s reliable, efficient, and turns out uniform results time after time.

It’s solvent resistant, thanks to all PTFE valves and Viton gaskets. Its optimized bath heats up rapidly and efficiently. The condenser is extremely efficient and its vacuum release is easy to use, allowing you to continuously feed the system, in order to produce large batches. For distillation, consider our short path distillation system. Our 5-liter short path with multiple receiving flasks is popular in the industry.

To preserve product post-harvest or to conduct winterization, an ultra-low freezer is your best bet. We suggest our 18 cu ft model. It’s powerful, quiet, energy efficient, and reliable. A  7″ LCD touchscreen makes it easy to control and monitor the temperature and time curve. It also comes UL/CSA certified.