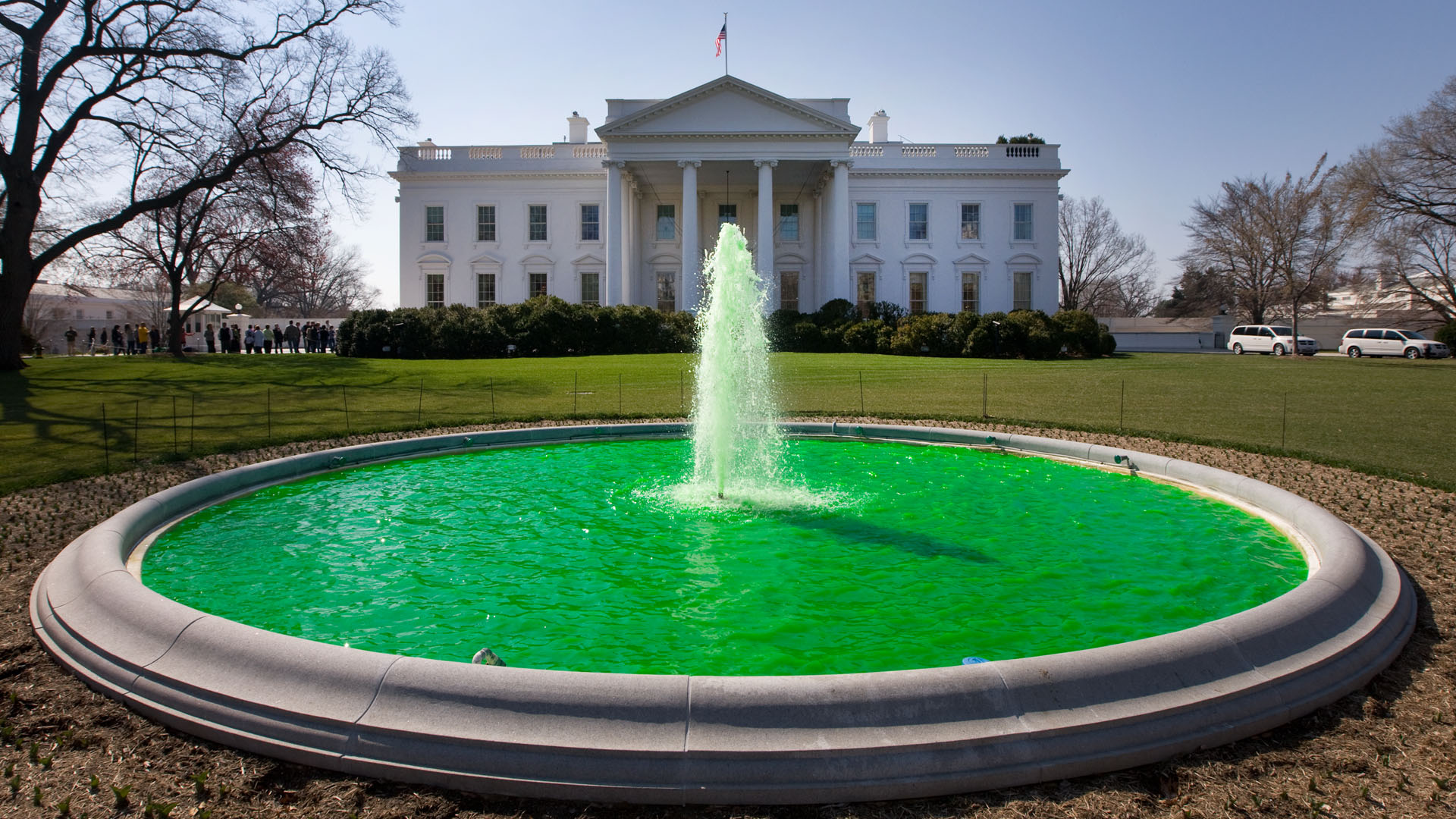 Will the Federal Government Reclassify Cannabis?

The water in the fountain on the North Lawn of the White House is dyed green in honor of St. Patrick’s Day, March 17, 2011. (Official White House Photo by Chuck Kennedy)

Uncle Sam wants you, to weigh in on whether or not cannabis should be reclassified. Specifically, it’s the Food & Drug Administration (FDA) that is seeking public comment. They want to know what the public thinks about the use and abuse of cannabis, its medical properties, if any, the dangers of trafficking, and what would happen if the government changed its classification. This information won’t only be reviewed by the FDA but the World Health Organization (WHO) as well.

Why the WHO? Under the Controlled Substances Act, the US federal government classifies cannabis as a schedule I narcotic, meaning it has the highest potential for abuse with no medical benefit. International treaties through the WHO classify it the same way. As such, countries who are signatories on international drug control treaties aren’t supposed to alter the status of cannabis under their own laws. However, Uruguay and most recently Canada have ignored this stipulation.

US federal illegality has been fortified by such international drug treaties. This FDA public inquiry will help inform their report to the WHO, which will consider the report in assessing whether or not cannabis’s status should be adjusted in international treaties. Next month, the WHO’s Expert Committee on Drug Dependence (ECDD) will meet in Geneva, Switzerland. At that time, it’ll consider the reclassification of cannabis and other substances.

What are the Chances of Cannabis Being Rescheduled?

The ECDD earlier this year announced it believes cannabidiol (CBD), a specific compound found in cannabis, should be rescheduled. Though it hasn’t been proven, a significant amount of evidence suggests that CBD is useful in treating rare, childhood epileptic conditions. It’s also non-psychoactive, well-tolerated, and has a good safety profile. There’s no indication it could potentially be abused. The panel suggested CBD be rescheduled. It also said it would look at THC–the plant’s psychoactive compound, cannabis itself, and the plant’s resins and extracts. In light of this, the FDA decided to make a request for public comment.

The Trump administration has asked for input from the populace on cannabis’ federal classification twice before, both times earlier this year. Many of the issues stymying state-legal cannabis businesses, such as banking, insurance, security, and more, are due to the plant’s highly illegal federal status. Advocates have long held that cannabis is far less addictive and dangerous to than alcohol and tobacco, both of which are legal for adult-use. Alcohol causes around 88,000 deaths per year and tobacco around 480,000, according to the CDC. Yet, there hasn’t been one single death in recorded history attributable to cannabis.

The Department of Health and Human Services (HHS), of which the FDA is a part, will collect scientifically backed public comments up until October 31, and send them to the WHO for evaluation. You can add your comment here. Advocates have long warned that cannabis abuse is a public health rather than a criminal justice issue. While there’s a good chance that the WHO will move to reclassify, particularly after nationwide legalization in Canada, there is little evidence the US will follow suit.

On the campaign trail, Trump said he’d leave state-legal marijuana programs alone. Then, back in June, Trump said he’d support a bipartisan bill leaving cannabis legalization up to the states. Yet, Attorney General Jeff Sessions has rescinded the Cole Memo–which under the Obama administration said the federal government wouldn’t bother prosecuting state-legal enterprises. Sessions also tried to step up a new rash of cannabis raids and prosecutions on above-board operators, although Congress undercut him by denying him funding.

Then a month ago, Buzzfeed News revealed that several departments in the executive branch were conspiring to reverse the positive outlook on cannabis pervasive in American society today. With these mixed signals, it’s hard to predict whether the Trump administration will attempt to change the federal government’s position on cannabis moving forward.

For now, more and more states appear to be allowing medical and recreational cannabis within their borders. Whether it continues to a laissez-faire policy or the federal government takes up a position, more demand for extraction and refinement equipment is likely to be the result. As such, extractors should look to AI Vacuum for all their botanical refinement needs.

If you want to perform a butane purge, for instance, consider one of our award-winning AccuTemp vacuum ovens. The 3.2 cu ft model is a good choice. Its internal shelf heating technology allows you to heat each shelf individually. It has an unheard of temperature accuracy of +/- 1°F. It also provides sustained, deep, consistent vacuum, thanks to stainless-steel tubing and internal parts. Note that all our AccuTemp models now come UL/CSA certified standard.

For solvent reclamation, our 10-liter rotary evaporator is a perfect choice. It’s quiet, efficient, easy to use, and has many impressive features. The water bath is optimized for a rapid heat-up. Solvent-resistant PTFE and Viton gaskets mean it’ll have a long lifespan, and digital rotation and temperature controls make it a cinch to operate.

For distillation, consider our 10-liter short path distillation kit. All of the glassware is high borosilicate glass 3.3, the most heat, cold, and corrosive-resistant around. A redesigned five liter head with a larger vacuum jacket retains more heat during distillation. It has an increased internal diameter too, meaning more efficient fractioning, with no chance of clogging. PTFE 24/40 and 34/45 joint sealing sleeves increase vacuum too, for better results.

For more on the executive branch’s recently exposed campaign against cannabis, click here: