A crucial step in creating solvent free cannabis extracts. The process involves using vacuum and heat to evaporate off the solvent portion of a solution.
Learn More 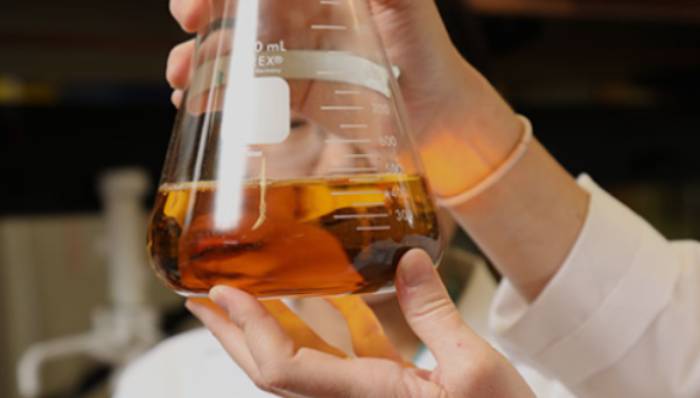 In general, the initial extraction produces a solution consisting of solvent and cannabinoids. In order to create the crude oil, the solvent portion needs to be removed. Because the solvents have much lower boiling points than the cannabis oils, distillation is the most common way to separate the two. Hydrocarbon systems tend to have the solvent recovery built in, whereas ethanol extraction normally transfers to a rotary evaporator or falling film evaporator. Distillation for solvent recovery is also essential anytime a cannabis oil has been re-dissolved into solvent and needs to be recovered. Examples can be seen after winterization of CO2 oil is done, in certain stages of the recrystallization process, in recycling of solvent, as well as in analytical testing. 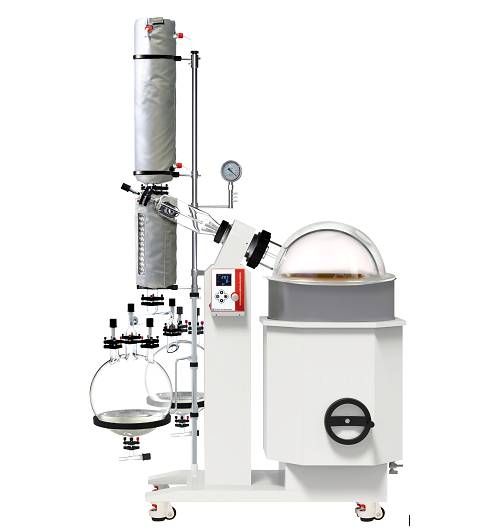 Rotary evaporators are essential tools used for evaporation, distillation, and solvent recovery. Not only are they seen in research and process laboratories but are also utilized in food and beverage production. Across international offers models ranging from 2 liters up to 50 liters, all of which provide high distillation rates at an affordable price.  For reliable and efficient distillation look no further.